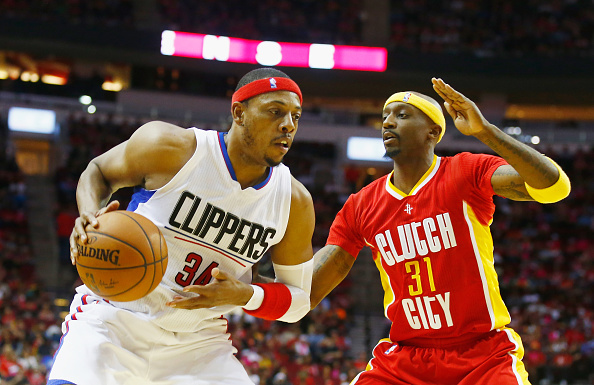 On Monday Paul Pierce announced that he would not follow in the footsteps of fellow All-Stars Kobe Bryant, Tim Duncan, and Kevin Garnett by retiring. Instead, Pierce revealed that he would play on next season, but the 2016-17 NBA season will be his last.

The 38-year-old announced on the Players Tribune he’ll suit up one more season with the Los Angeles Clippers before retiring by season’s end.

“Just like any difficult decision, I think you’ve got to be at peace with yourself. I’m at peace with retiring, but I’ve got one more ride left. One more season. One more opportunity,” Pierce wrote on the Players Tribune. “With the Clippers, in the city where I grew up, I feel like I have that opportunity on a great team. We’re hungry. We want to win a championship.”

Pierce has enjoyed an incredible career, spending nearly two decades in the league. The 10-time NBA All-Star is a lock for the Hall of Fame, after becoming one of the most potent scorers in the league in the early-to-mid 2000’s. Pierce was the leader on many subpar Boston Celtics teams but won his first NBA title after general manager Danny Ainge went all in in 2007-08, acquiring Kevin Garnett and Ray Allen. The title legitimatized Pierce’s place in the league. The Celtics traded Pierce to Brooklyn in 2013-14 after bottoming out once again. He joined the Wizards in 2014 and signed with the Clippers to play under former Celtics coach Doc Rivers in 2015.

Recent seasons haven’t been kind to Pierce, as his scoring averages have dipped considerably, from 13.5 points per game in 2013-14 to just 6.1 points per game in 2015-16. However, his scoring numbers increased in the playoffs and his leadership can’t be counted out. Pierce won’t have a huge impact on the Clippers fortune next season as his effectiveness has dipped, but he’ll get a much-deserved farewell tour. Upon retiring, the forward should continue his transition into broadcasting, as he excelled as an analyst with ESPN during the NBA finals. One thing’s for certain, the NBA won’t be the same without The Truth.