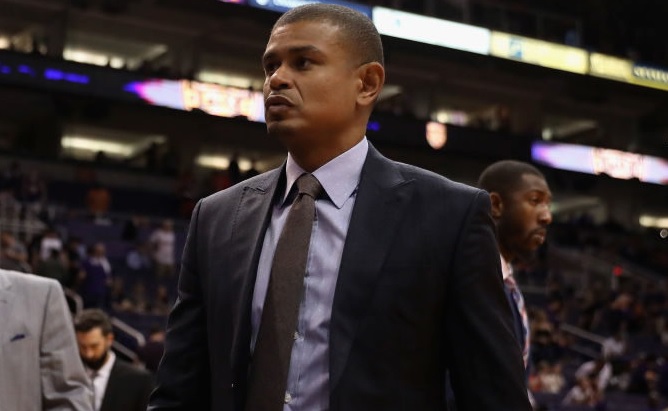 There are many questions yet to be answered with the Phoenix Suns after the team fired head coach Earl Watson on Sunday after just three games, five days into the NBA’s regular season.

The optics with the 0-3 Suns were certainly terrible. The 48-point season-opening defeat to Portland was the worst in franchise history, and a 130-88 drubbing against the Clippers didn’t help either. But for a rebuilding team like Phoenix that likely knew it would be one of the league’s worst teams this season— Watson was not on The Comeback’s list of coaches that could be on the hot seat because a losing season this year was already assumed— Watson’s firing had to have been about more than just wins and losses.

Watson was “often at odds” with Suns General Manager Ryan McDonough, according to ESPN’s Adrian Wojnarowski, which was probably the root of the abrupt firing. The fact that two of the three assistant coaches fired along with Watson, Mehmet Okur and Jason Fraser, were player development coaches could lend some insight into what McDonough and ownership thought went wrong.

With an average age of 24.5 years old, according to RealGM, Phoenix has the league’s youngest team. If Watson not only lost the locker room— which could be a reason behind the pair of 40-plus point losses— but failed to adequately develop key players in this rebuild, those are two major reasons for someone with Watson’s lack of head coaching experience to get the pink slip.

Phoenix has a franchise cornerstone in Devin Booker, an offensive dynamo of a shooting guard who averaged over 22 points per game last season and turns 21 in a week. But besides for Booker, who still has a lot of work to do on defense, few Suns players have developed into sure things. The team is high on Josh Jackson, a 20-year-old forward taken fourth in June’s NBA Draft, and T.J. Warren, the 24-year-old small forward who they just gave a four-year, $50 million contract extension to— and a starter on The Comeback’s Breakout Player team for this season— but a lot is still uncertain at point guard and with their big men.

While the Suns have a point guard of the present in Eric Bledsoe, it doesn’t seem like he’s the point guard of the future. Bledsoe tweeted “I don’t wanna be here” on Sunday right before Watson’s ouster. And while Bledsoe’s comment may very well be clarified by the time you read this post— he was essentially suspended for Monday’s home game against Sacramento, according to ESPN and now he’s being reportedly shopped in trades, with Denver, New York, Milwaukee and the L.A. Clippers among teams with at least some degree of interest— he was probably either upset with the team’s abysmal start to the season, upset about Watson being fired or he actually wants out of Phoenix. Either way, the Suns will probably shop Bledsoe in trade talks, complicated by the fact that Bledsoe is owed $29.5 million through the 2018-2019 season.

Even worse, the Suns are on the hook for Brandon Knight, who’s on the third year of a five-year, $70 million extension that looks really bad considering he’ll probably miss this entire season after he tore his ACL in late July. Tyler Ulis, the 21-year-old 5’10” point guard, has a chance to become a decent rotation option, but the Suns’ long-term future at the position is still uncertain.

Then there’s the development of the team’s big men, which is a much bigger cause for concern than what’s happening at point guard. Phoenix has a lot invested in Dragan Bender and Marquese Chriss, the 4th and 8th picks, respectively, in the 2016 draft. Chriss, 20, started 75 games in his rookie season and showed some potential promise defensively, but didn’t start and played just 46 minutes over the first three games. Bender, 19, played even more minutes than Chriss did so far this season and seems to be a long-term project, one that will likely require patience.

Alex Len, still just 24 after being drafted 5th overall in 2013, will be a restricted free agent after the season after signing the team’s qualifying offer a month ago and shows potential to be a double-double player in the league. It’ll be interesting to see what the Suns do with Len long-term, but he’s still not starting over 35-year-old Tyson Chandler, who Phoenix still owes $26.5 million to through 2018-2019.

How the young Suns drafted and acquired by McDonough develop now fall into the hands of interim coach Jay Triano, who Wojnarowski said will likely coach the team for the rest of the season. Triano is also the coach of the Canadian national basketball team, which helps develop rising talents like Minnesota’s Andrew Wiggins, Denver’s Jamal Murray, Utah’s Trey Lyles, and more established players like Tristan Thompson and Cory Joseph.

If Triano is the team’s coach for the foreseeble future, it’ll be up to he and his staff to regain trust from the players in the locker room and get players like Booker, Warren, Jackson, Bender, Chriss, and Ulis on positive developmental trajectories to help ensure a brighter future for this rebuilding team. The Phoenix Suns would’ve been one of the league’s worst teams no matter who coached them. But now we’ll see if the players buy in and take steps toward winning seasons in the years to come.