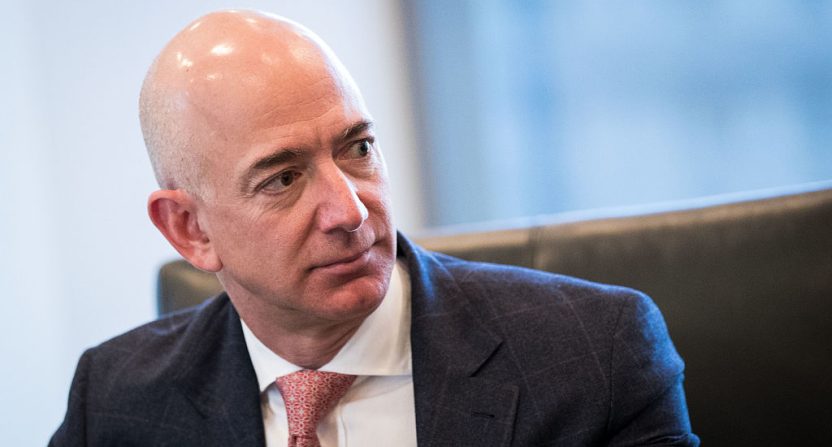 Robert Sarver’s decision to sell the Phoenix Suns is expected to bring a bevy of potential suitors for the franchise.It hasn’t taken long for the horses to enter the starting gates.

According to ESPN’s Ramona Shelburne, among those expected to be interested is Jeff Bezos, founder and former CEO of Amazon. Shelburne says several other prominent individuals are reportedly interested, including Oracle co-founder and past CEO Larry Ellison, former Disney CEO Bob Iger, and Laurene Powell Jobs, the widow of Apple co-founder Steve Jobs. She is currently the Washington Wizards minority governor.

Ramona Shelburne on some notable names to look out for as far as who will be the next owner of the Phoenix Suns.#NBATwitter pic.twitter.com/fKNNeOynsQ

Because there are odds on seemingly everything these days, here are some early odds on who might soon be calling the shots for the Suns.

Several of those names on the Odds Shark list need no introduction, but Michael Bidwill, owner of the Arizona Cardinals NFL franchise, would be an intriguing figure. Moreno owns the Los Angeles Angels, and Walton is an heir to the Walmart family fortune.

Sarver announced Wednesday he has begun the process of selling both the Suns and the WNBA’s Phoenix Mercury. The controversial owner was suspended by the NBA for one year and fined $10 million earlier this month after an investigation determined he had used “racially insensitive language” and “sex-related comments towards women.” Many people had criticized those penalties as being too soft, and some even called for Sarver to sell the team.

Forbes estimated the Suns’ franchise value at $1.8 billion in October 2021, making it the NBA’s eighteenth-most-valuable team. Sarver paid $401 million for the franchise in 2004.