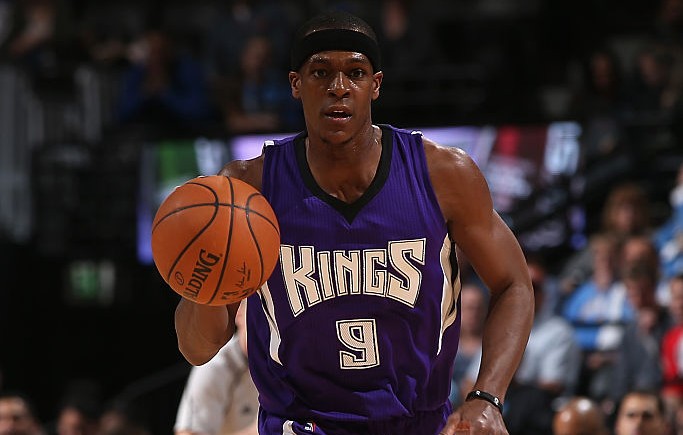 With a decade in the NBA, point guard Rajon Rondo has seen just about everything he thought possible. Then he stepped foot in the locker room for the Sacramento Kings this past season, and things took a different turn.

The 10-year veteran admitted that the internal tension within the organization as a whole led to a team that failed to live up to expectations in 2015-16. In an interview with ESPN, Rondo spoke candidly about the well-documented strife internally.

“There were too many distractions on and off the court. The organization as a whole, I don’t think was together completely. I think as a team you have to want the best for the next man beside you, and that wasn’t the case with the Sacramento Kings,” he said.

Perhaps the most talked about issue was the battle between star big man DeMarcus Cousins and head coach George Karl. It was part of a situation that Rondo found new to him in his 10-year career.

“Too much tension. I’ve never witnessed or experienced a thing like that in my 10-year career,” he said.

Despite all that tension and craziness around him, Rondo says he tried to take Cousins under his wing and teach the 25-year-old a few tricks of the NBA trade.

Whether his tutelage worked or not is certainly up for debate given the ongoing tension that led to basically a “he stays, I go” situation by the end of the season. It was a battle the Cousins won, with the Kings firing George Karl at season’s end.

Replacing Karl is Dave Joerger, who last was seen on the Memphis Grizzlies bench this past season.

Despite all the evidence to the contrary, Rondo says he sees Cousins as a very selfless player and teammate.

“He’s one of the guys that’s very selfless. He has to find other ways to get it done. He’s going to continue to grow and learn. I was just glad I was able to be in his life and have a little bit of influence and help him a little bit this year,” said Rondo.

As for his own future, Rondo hasn’t ruled out a return to the Kings but is clearly looking to not be the only one who voluntarily spends time in the gym and organizing team activities throughout the season.

That likely puts Sacramento in a very hard spot, given the craziness of the 2015-16 season in California’s capital city.