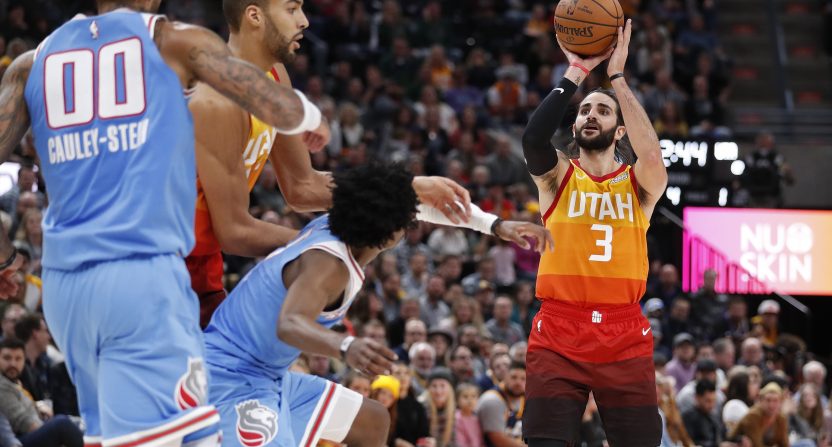 Most, if not all, of this year’s NBA City editions have appeared on court. We’ve had time to evaluate them for their aesthetic merits and compare them to last year’s designs, which will become an annual exercise: Teams will have new City editions every year, barring a Jazz-esque otherworldly design fantastic enough to carry over.

These City edition designs are unique in the world of professional sports uniforms because they force teams to think outside the box. Most clubs will have already used their three (or two, in some cases) primary colors in their first three alternates. Designing pure throwbacks isn’t the point of these fourth jerseys. Teams have to either come up with new colors or a new design, or both.

With two sets of City alternates out of the way, we’ve already seen the Jazz, Bucks and Cavaliers (among others) attempt to transform the concept of an NBA uniform, to varying degrees of success.

And, with that mind, we take a shot at ranking and assessing the latest crop:

No words for this. It looks like a Division III team that didn’t have the budget to design something better. The gray doesn’t work at all, the side panels are an epic disaster, and the design does not fit their other four designs even remotely. No clue what Indiana was thinking with this one.

Everyone at the Spurs seems to have run out of ideas by the time they get to designing this jersey, and they ended up going for camo again.

Upgrade? Yes, but only technically. I can barely tell the two apart.

The attempt at honoring Rocky didn’t end well. The gray, meant to evoke the famous sweatsuit Rocky Balboa wore in the iconic montage, looks horrible on a uniform, and as I said earlier, I have trouble getting behind the lack of a wordmark on the front.

Upgrade? Not even close. Easily the biggest downgrade of any team.

This was meant to be tribute to Magic Johnson. It ends up featuring the color black, pinstripes, and a congested front, a design monstrosity.

Like the Nuggets, Phoenix excel at making their uniforms worse over time. They went with a rough shade of purple here, and even tried black again, an odd mistake. It’s meant to be a throwback, but even so: It does not look great.

These look like something a 9-year-old would draw with crayons. This is a “graphic design is my passion” kind of uniform.

Memphis didn’t do especially well with their redesign this summer — the names and numbers are too small, and the name below number thing on the back needs to stop immediately. This City design falls into similar problems, in addition to its own: A lack of creativity (why gray again when it doesn’t fit at all?); similarity to the Pacers’ horrid design; and brutal side panels. The Grizzlies need another redo.

The front alignment of the logo and number is ineffective, and the bright neon blue could be toned down a notch. But the colors fit naturally with each other and it ends up looking good on court.

Upgrade? No question. Last year was a flop.

I’m not as high on the orange and blue trim as others seem to be. They need an orange alternate.