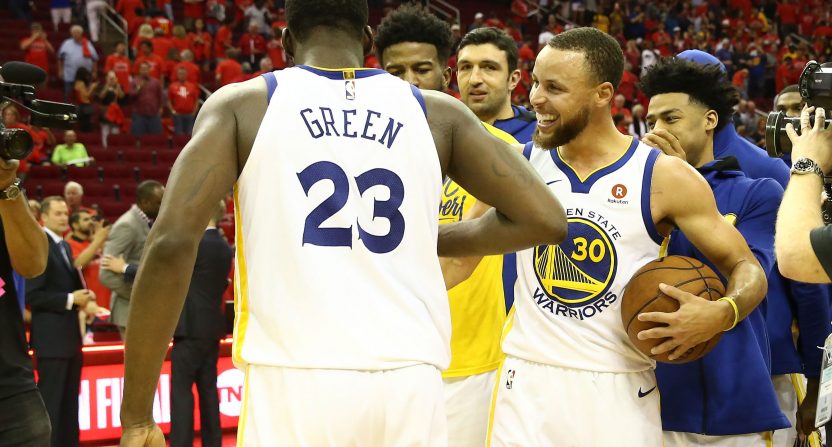 While the NFL has Thanksgiving, Christmas is all about the NBA and they are going to have five games spaced throughout the afternoon and evening. The stars and the top teams (and the Knicks) of the NBA descend upon Christmas Day every year.

This year’s list of games was first reported by the New York Times and then ESPN. How the NYT beat ESPN to the scoop on games that they themselves are broadcasting, who knows. Just speculation but maybe these games were under wraps until the official release at 2 PM today (according to ESPN’s Adrian Wojnarowski) and once the NYT reported it, ESPN had to follow suit.

NBA on Christmas Day should be 🔥

Anyway, all five games have their reasons as to why they are on for Christmas Day. Some games are better than others but it should be a great day of action. We’re here to rank each game so if you are forced to miss a game or two, you can schedule around the better games.

The Knicks is being given a Christmas game just like how the Lions get a Thanksgiving game every year. They aren’t good and don’t really earn this spot each year but it’s tradition and it’s New York City so they’re in. Apart from watching Giannis Antetokounmpo play in his first Christmas Day game, that’s pretty much it.

A nice game for the west coast but will be on a little too late for the east coast to stay awake for. Regardless, this is a perfect spot for a game such as this. It won’t have the kind of star power as the top three but it should be an exciting, fast-paced game between two playoff contenders.

The top three really are far and away the three best games of the day and that’s why they are in the best time slots of the day. If anyone is going to be third, it’s probably OKC/Houston because the other two games are likely the Eastern and Western Conference Final matchups but OKC/Houston will be a potential playoff matchup as well.

A rematch of the Eastern Conference Semifinals, this is the potential Eastern Conference Final (that’s if the Raptors don’t find a way to get in). A matchup sold on youth vs. experience last year will be the same here and if their playoff series is any indication, it’ll not only come down to the wire but something wild will happen to make it memorable.

Of course this is the best game of the day. LeBron, now in LA, and the new-look Lakers, taking on Steph Curry and the back-to-back champs in a likely Western Conference Final preview. This will surely be a game where all eyes of NBA fans will be fixated on this game just to see what will happen. The biggest surprise is that this isn’t in LA and it’s a Golden State home game but that’s cool.

1 thought on “Ranking the five NBA Christmas games of 2018”