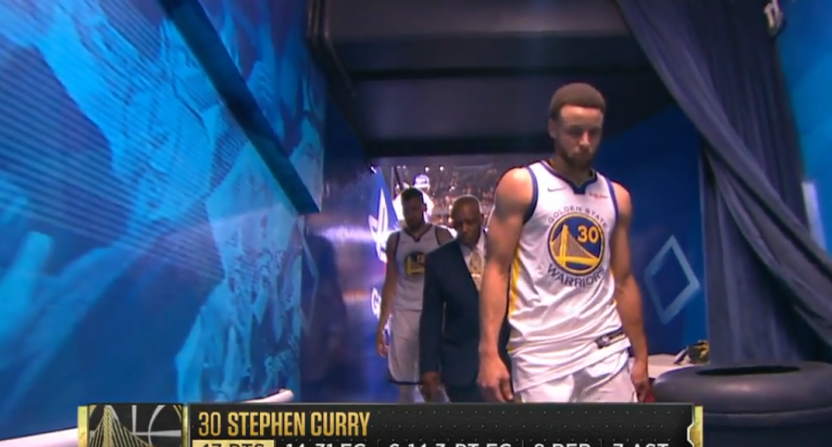 Well, this has been a weird NBA Finals. After losing game 1 in Toronto, Golden State won game 2 and looked to be back in command. But Kevin Durant is still out, and Klay Thompson is hurt now too. So is Kevon Looney. So is (maybe) DeMarcus Cousins.

That means we’re getting a sort of zombie Warriors team, featuring Jonas Jerebko playing clutch minutes and Quinn Cook taking more shots than anyone other than Steph Curry and Draymond Green. It’s odd! The Raptors were basically in full control of the game en route to a 123-109 win, with the rare exceptions almost always being thanks to Steph.

Curry was amazing considering what he was working with on offense; he finished with 47 points on 31 shots, finishing 6-14 from behind the arc while adding 8 rebounds, 7 assists, and 2 steals. Draymond had 17, Andre Iguadola added 11, and no other Warrior was in double figures. With no other real shooting threats, Toronto was able to fully key on Steph, and the Warriors really didn’t look like the Warriors at all.

Biggest takeaway tonight? GSW better not screw around with Klay in free agency.

They instead had to manufacture shots via crafty Draymond passing while using Steph as a decoy, or Steph had to create himself, which he did as well as he possibly could, aside from seeing a few more jumpers fall. Even that wouldn’t have made much of a difference. Fro stretches the Cavs looked more like last year’s injury-depleted Cavs team, with LeBron and not much else.

Taking Steph’s production out, the Warriors went just 6-22 from three. That’s not going to get it done, but unless Thompson and Durant return (Thompson seems likely to be back, while Durant’s status remains up in the air) it’s hard to see where reliable offensive production will come from. The Raptors are capitalizing, and deserve plenty of credit for that. They should arguably be up 3-0, but 2-1 is still a very solid position.

It’s been a weird Finals so far, but it’s heading for what could be a very interesting conclusion, if the Warriors get healthier in time to play some must-win games. Either way, watching Steph have to try to beat a team 1-on-5 is plenty entertaining in itself.