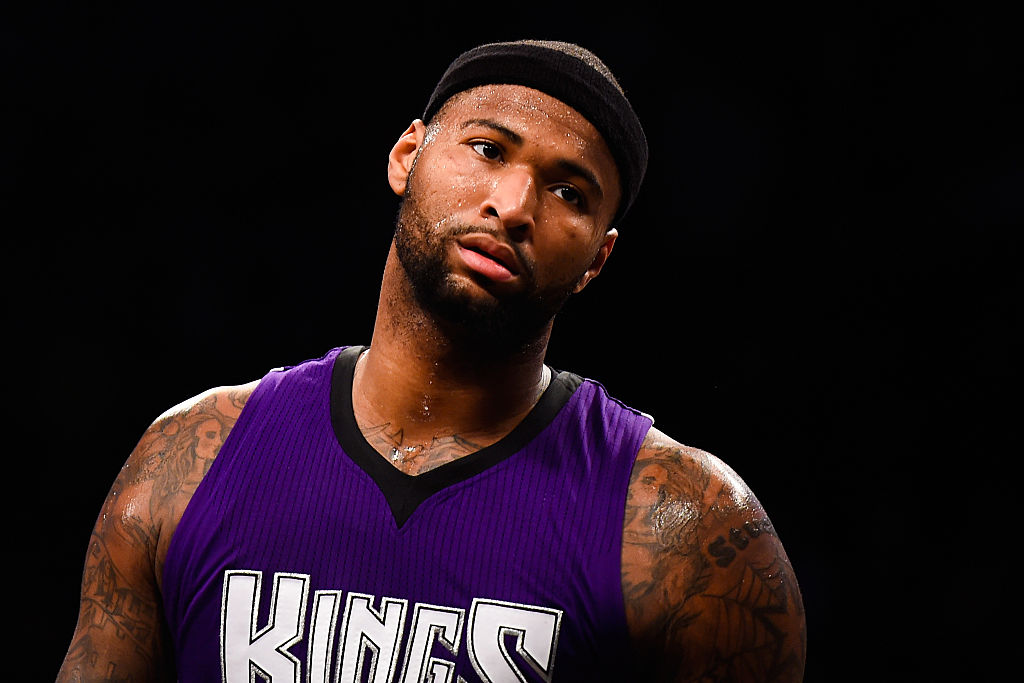 Sacramento Kings center DeMarcus Cousins is one of the hottest players likely to be available as the trade deadline is closer than the start of the season. However, a recent report from Michael Scotto of SheridanHoops.com reports there are three major suitors willing to pony up to get the talented center.

While the suitors include two teams in need of help to get to the top of the Eastern Conference, perhaps the most intriguing option are the Boston Celtics.

Kings GM Vlade Divac could be very intrigued by a Celtics’ squad sitting at 14-10 and in seventh place in the Eastern Conference. They also have a bevy of draft picks to offer (including Brooklyn’s picks in the 2016 and 2018 first round) and a lot of young talent that can help replace Cousin’s production.

However, all of this seems rather premature, as Scotto points out:

Sacramento is listening, but the Kings are in a holding pattern and currently have no plans to make a deal despite sitting in 13th place in the 15-team Western Conference, the sources said.

Miami enters these potential sweepstakes because of a lack of a long-term option at center, with Hasan Whiteside’s contract up at the end of the year and his impending free agency has the Heat in a very unlikely position to keep him.

Chicago could be looking to offload the $13.4 million expiring contract of Joakim Noah and give more playing time to the promising Bobby Portis per Scotto’s reporting.

It all could lead to a very interesting next few months. However, will Sacramento actually part ways with Cousins this time around? There have been many opportunities in the past for the Kings to pull off a trade, but they have backed off.

Let’ see if it actually happens this time around.