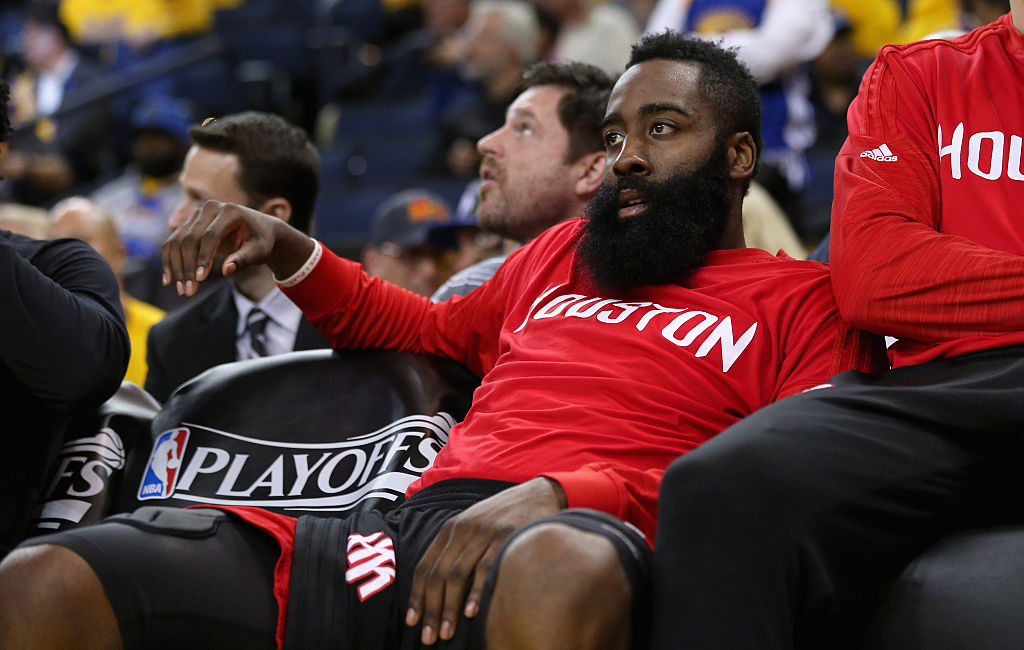 James Harden is still the face of the Houston Rockets, despite a tumultuous last season which saw his team tumbled from second to eight in the Western Conference, overwhelmed by the storyline of behind-the-scenes grumbling and discontent in the locker room. Of course, the firing of Kevin McHale didn’t help, but as the first few practices of the new season have begun, Harden has sensed a change.

“On any team, in any sport, if you don’t have the entire team on one page, the entire team having one goal, you’re not going to be successful,” he said. “That’s what we’re trying to build here in Houston. We have several new guys we want them to come and feel like this is a great group and we’re going to build this together.”

When asked by an audience member about Dwight Howard’s departure, he said that his goal is to win with whatever teammates he has. But when asked about what he hopes to accomplish beginning with Saturday’s first practices, he said, “To build something that I haven’t had since I’ve been here, that’s everybody on the same page, everybody in the same boat.”

Naturally, he tried to steer the focus of this offseason towards his enthusiasm for the new season rather than rehash the same storylines from the last one, as they were mostly negative.

“This entire summer I thought about last season, how there was a terrible taste in my mouth,” Harden said. “I wanted to come back, get the guys together. I wanted to get the guys together, in Vegas in mid-July and in Miami (last month) just to hang out. I think the better you are off the court, the better you will be on the court. Just worked out with the guys, went to a concert, had dinner with the guys. It’s going to carry over to the court. This summer is really a team bonding thing.”

Though Harden paints a picture of clearer unity, there are still issues. Restricted free agent Donatas Motiejunas is still without a contract as the team and his reps try to hash out a deal. He’s practicing on his own. Harden has also changed up his offseason workout program after an ankle injury shuttered him last preseason.

Harden still is exciting to turn the page on a fresh campaign.

“From top to bottom, we’re excited for Saturday to get going and start a new journey,” Harden said. “Training camp is long, it’s draining, especially when you’re eight years in. But you look at the bigger picture so everybody can be on the same page. I feel like I’m a rookie at this point.”