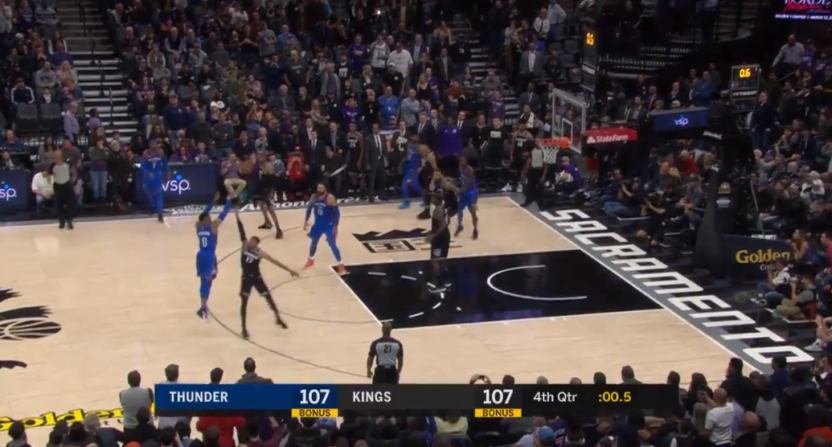 While he put together his 18th triple-double of the season, Thursday night’s Thunder-Kings game hadn’t been a great one for Russell Westbrook. The OKC star entered the game’s final seconds with 14 points on 3-of-13 shooting from the field.

But, all it took was one play to make it another special night for the reigning NBA MVP.

With the game tied 107-107, Westbrook caught the inbounds pass with only one second remaining on the clock, and showed off his ridiculous elevation and shot-making ability to drain a buzzer-beating three for the win:

“Westbrook for the win…GOT IT!”

That shot prevented what would’ve been a rough loss for the Thunder against a tanking Kings team. The Thunder move to 34-27 with the win and currently would have the Western Conference’s No. 5 seed in the playoffs.