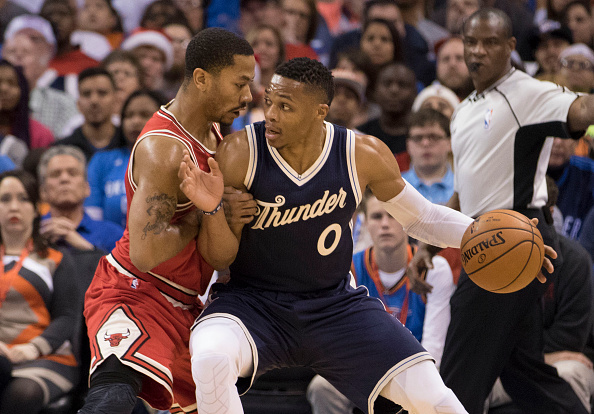 Last season, Russell Westbrook led the NBA with 17 technical fouls, and only some mercy from the NBA saved him from serving a one-game suspension.

Now, the Thunder point guard is reportedly “done” picking up techs after watching video of all his infractions from last year.

Russell Westbrook said he watched tape of his technicals this summer, all the "dumb s***" I was doing" and decided to try and cut them out.

“I’m done with those days,” he said Tuesday at shootaround. “I learned in the summertime, once they make a call, they ain’t changing it. Took me a while, but I learned it.”

“I watched film. I watched all my techs and all the dumb s— I was doing, so I decided to tell myself, there’s no need to argue,” Westbrook said. “They’re not changing it, so move on.”

Westbrook hasn’t quite been an angel this season — his four technical fouls so far tie him for ninth in the league — but he’s making progress.

But according to ESPN, Kevin Durant doesn’t buy that his teammate is truly changing his ways.

The Thunder stand 21-10, third in the Western Conference.