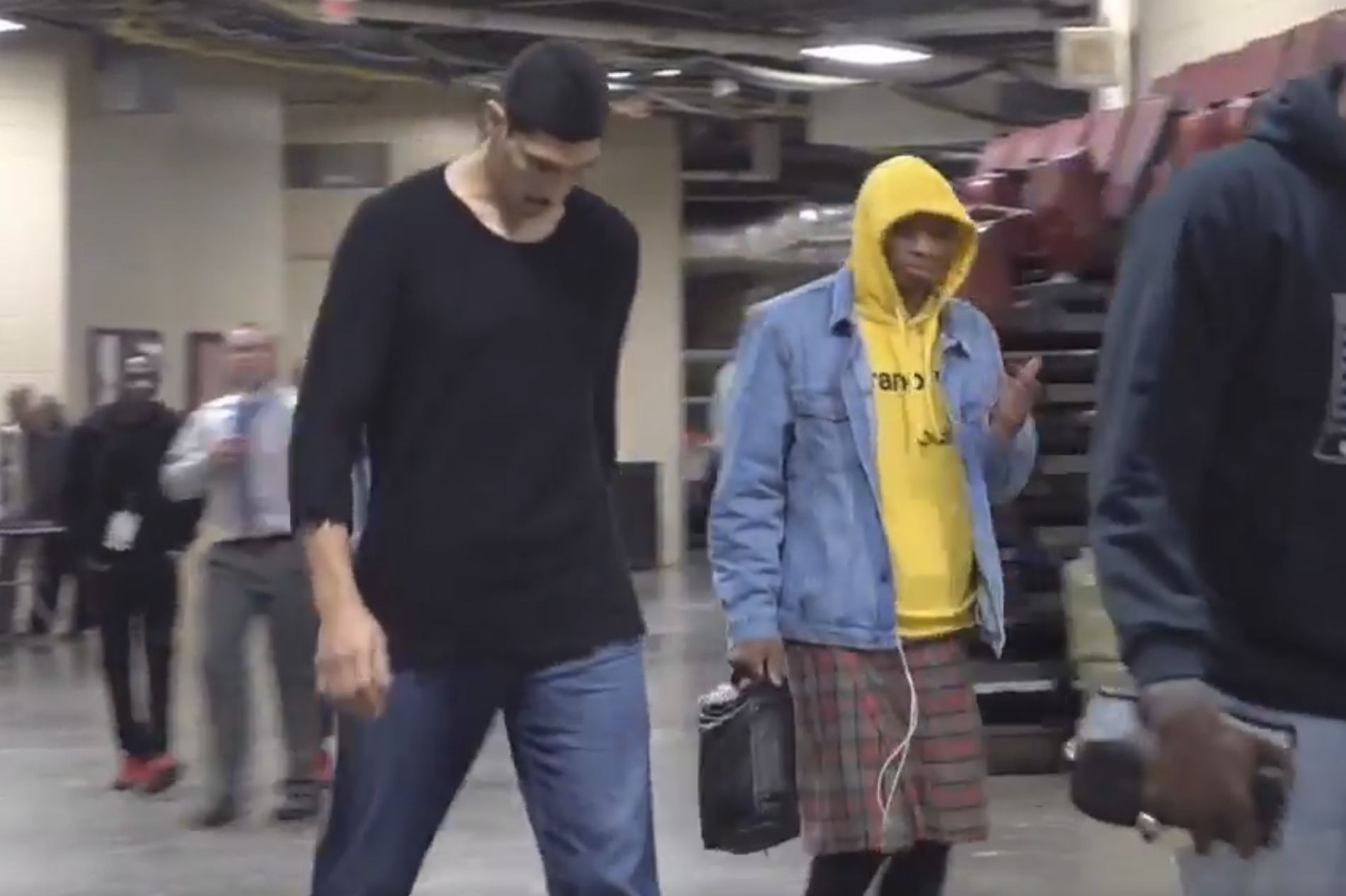 When it comes to Russell Westbrook, it is a lot like a box of chocolates in Forrest Gump, you never really know what you’re going to get.

That statement held up Wednesday, as Westbrook pregame wore a kilt as he entered the Wells Fargo Center before the Oklahoma City Thunder took on the Philadelphia 76ers in their first game of the season.

The confidence with which Westbrook wears that kilt is out of this world. He is obviously vibing to some music, but this is the demeanor of a man who can do no wrong fashion-wise.

Enes Kanter, dressed in his jeans and sweater combo is walking awfully fast to get out of frame. Is he jealous he can’t pull off a similar look? Or is he embarrassed for Westbrook?

Westbrook’s rivalry with Kevin Durant is going to be a storyline to watch all season. Not only on the court but also behind the microphone at press conferences. We’re going to need an E! style show to evaluate who wins and loses each night, in terms of play, trash talk, clothes and everything.

Though if you ask Westbrook about Durant’s fashion choices, he probably won’t have any idea what you are talking about.