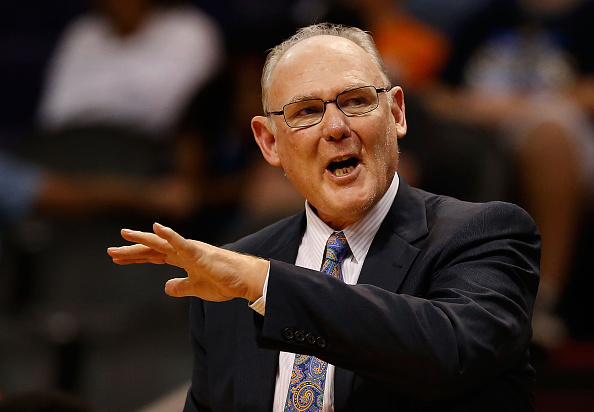 With the NBA season coming to a close, it is time to fire up the NBA’s version of the coaching carousel. Next in line appears to be George Karl.

THIS JUST IN: Kings are planning to fire coach George Karl on Thursday after the season ends. (via @sacbee_news) pic.twitter.com/fHuKf2eSgc

Multiple reports Thursday morning suggest Karl will be let go as head coach of the Sacramento Kings. The Sacrmaneto Bee was the first to report the pending coaching firing, and ESPN has since reported the same. Karl is expected to be fired by the Kings on Thursday, a day after wrapping up the regular seaosn against the Houston Rockets.

Karl took over as the head coach of the Kings midway through the 2014-2015 season after agreeing to a four-year contract worth a reported $15 million. The coaching hire, obviously, proved to not be worth the price as the Kings went 11-19 in the 30 games coached by Karl last season and are wrapping up a year with a record currently 15 games under .500.

Earlier in the current season, Karl reportedly had a conversation with Kings GM Vlade Divac about how to turn things around. It was during this reported meeting Karl committed to changing some things up. Whether he followed through on that may not be known, but it is clear the result was not up to what the Kings had in mind in hiring the veteran head coach.

Karl has also had a thorny relationship with one of the Kings’ top players, DeMarcus Cousins. As is so often the case in professional sports, unless the coach has totalitarian power like a GM, the coach can quickly lose that battle between coach and player when the front office has to weigh in and make a choice between the two. Of course, the Kings have been their own coaching carousel for years now and will be searching for the ninth head coach since the 2006-2007 season.

To say this next coaching hire is critical is quite the understatement, but the Kings need to find some way to find some stability and consistency if they are to work their way back up in the Western Conference and be a contender the way they were when Divac was on the court. Making things a bit more troubling in Sacramento is the possibility the team could lose their first-round draft pick. As explained by the Sacramento Bee, the Kings could lose their first pick in the upcoming draft to the Chicago Bulls if they fall outside of the top 10 in the lottery.

Trust me when I say this, George Karl is smiling today. Huge smile.