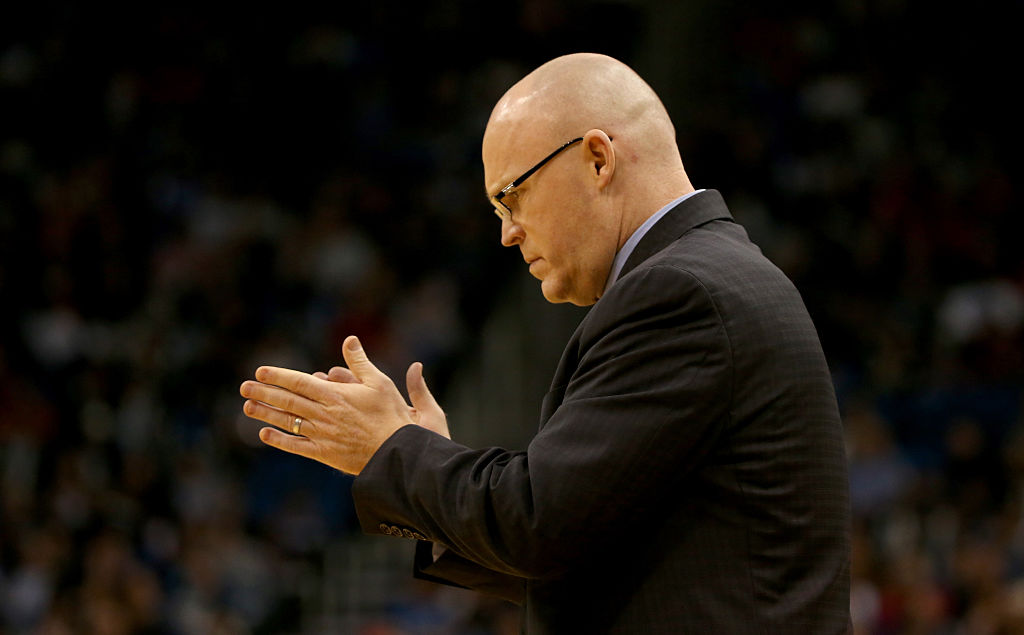 In a stunning, unexpected move, Orlando Magic head coach Scott Skiles announced his resignation from the team. In a straightforward statement, Skiles said he resigned because he’s not the right head coach for the team.

Scott Skiles has informed the Orlando Magic that he is stepping down as head coach. The Magic will begin a search effective immediately.

“After much thought and careful consideration, I and I alone, have come to the conclusion that I am not the right head coach for this team,” Skiles said in a statement released by the team. “Therefore, effective immediately, I resign my position as head coach of the Orlando Magic. I realize this type of decision can cause much speculation. The reality though is in the first sentence. It is simple and true. Any other rumors are pure conjecture.”

“I sincerely apologize for any unintended consequences that may adversely affect anyone associated with this decision,” Skiles continued. “The Magic are a world-class organization that employs world-class people. I wish them nothing but great success. I will always be thankful, especially to the DeVos family, for the opportunity.”

The announcement is certainly a shocker.

Skiles was brought into Orlando as a calming, veteran coach. After a huge swing-and-miss with San Antonio Spurs assistant Jacque Vaughn, the Magic needed a coach with a proven track record of working well with young players. Skiles was a perfect fit. Despite a track record that was somewhat inconsistent, he was respected from his time in Phoenix, Chicago, and Milwaukee and viewed as a coveted coach.

In his first season with the Magic, armed with an extremely youth-filled roster, Skiles led the team to a 35-47 record, Orlando’s best record since 2011-12. The club was routinely playing solid basketball and despite not qualifying for the NBA Playoffs, growth was evident. Armed with solid young rotation players such as Aaron Gordon, Elfrid Payton, Nikola Vucevic, Victor Oladipo, Even Fournier and Mario Hezonja, the Magic had the structure to compete going forward. It wasn’t a question anymore of whether or not the team would rise above mediocrity, but when.

The Magic trending upwards and being loaded with good young players makes Skiles decision to walk away confusing. According to Orlando Sentinel beat writer Josh Robbins, Skiles had been unhappy for a few months. He didn’t see eye-to-eye with general manager Rob Hennigan, specifically on Payton’s long-term future at point guard. Payton is an excellent defender, and while he made strides in his offensive game this season, he’s not a good shooter. That wasn’t the only issue, however.

Hennigan and the front office backed (and still back) Elfrid Payton as the PG of the future. Skiles did not. But that's just 1 issue.

Skiles’ now-former players were stunned at the announcement.

Skiles was supposed to guide the Magic for years to come, so his sudden departure leaves the club scrambling. Some of the best coaching candidates on the market, such as David Joerger and Tom Thibodeau, have already found homes elsewhere and there are four other head coach openings in the NBA. Former Pacers coach Frank Vogel is probably the best fit, given his defensive tendencies. Other recently dismissed coaches on the market include Kevin McHale, David Blatt, Randy Wittman and Jeff Hornacek. Clippers assistant Mike Woodson and ESPN analyst Mark Jackson were two other candidates under consideration when the Magic hired Skiles, and could both be available again.

The Orlando job is actually one that should be coveted. The Magic has a decent amount of cap space with young talent on the roster, and are a few moves away from fielding a playoff-caliber squad. By walking away now, Skiles handed someone else the opportunity to lead the Magic back to the NBA Playoffs. But no matter who they choose to replace Skiles, the Magic have to start over from scratch again, which is probably the last thing the franchise wanted or expected.