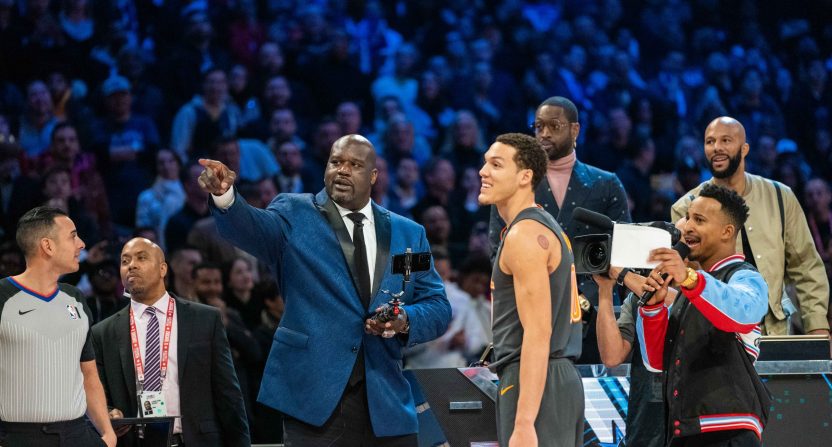 The Orlando Magic are hoping that No. 1 pick Paolo Banchero ushers in a new era for the NBA franchise. Shaquille O’Neal, who represents their heyday, would love the chance to be part of that new era as a potential owner.

While O’Neal is best known for his time with the Los Angeles Lakers and Miami Heat, the NBA legend began his career with the Magic. He, along with Penny Hardaway, Dennis Scott, and Horace Grant, quickly turned the Magic into one of the top franchises in the league, finishing the regular season as the top team in the Eastern Conference twice and making it to the 1995 NBA Finals.

During a recent edition of The Big Podcast, Shaq was asked about the possibility of buying the Magic from their current owners, the DeVos family. Shaq said that he and Scott would love the chance to buy the franchise.

[Shaq and Dennis Scott] still run that franchise,” Shaq said. “This message goes out to the DeVos family – if you’re ready to sell the Orlando Magic, sell it to somebody that’s going to take it to the next level. That’s us.”

There aren’t any reports out there that the DeVos family plans on selling the team, which they’ve owned since 1991. However, given how much the franchise has struggled in recent memory, only making the playoffs twice in the last 10 seasons, there are likely plenty of fans who would love to roll the dice with new ownership.

As to how Shaq would be able to come up with a financial package that would make the DeVos family consider selling, that’s a question for another day.