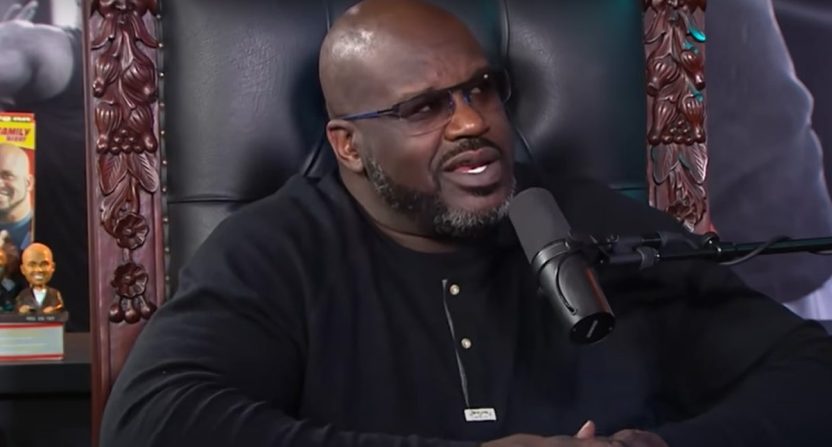 The Los Angeles Lakers began the NBA season with championship aspirations, but they’re ending it with a reeling roster that looks old, slow, and uninspiring.

For any Lakers fans who might be worried about the team’s future, Shaquille O’Neal has the fix. Get rid of everyone except LeBron James and Anthony Davis.

"Keep LeBron and AD and make moves for everybody else."

Shaq on what moves the Lakers should make this offseason👀 pic.twitter.com/PVK8NdSu1a

O’Neal noted that when the team acquired the likes of Russell Westbrook, Carmelo Anthony, and Dwight Howard, everyone saw a bunch of former All-Star names on paper and hyped the Lakers as a contender. But now that the team is sitting with a record of 31-47, O’Neal admits “age is a factor.”

After winning the NBA championship with LeBron and Davis in 2020, the Lakers dropped to the seventh seed in the Western Conference last season. Adding Westbrook was supposed to increase their chances of contending for a title again, but his debut season in Los Angeles has been a disaster.

“Still keep LeBron and AD, but you probably gotta make moves for everybody else,” O’Neal added.

Easier said than done. If the Lakers don’t want Russell Westbrook and his near-$50 million salary next season, what makes O’Neal think other teams will? The Lakers can let expiring contracts walk, but they’d likely need to convince a team to take Westbrook by offering them a first-round draft pick that, unfortunately, they don’t have.