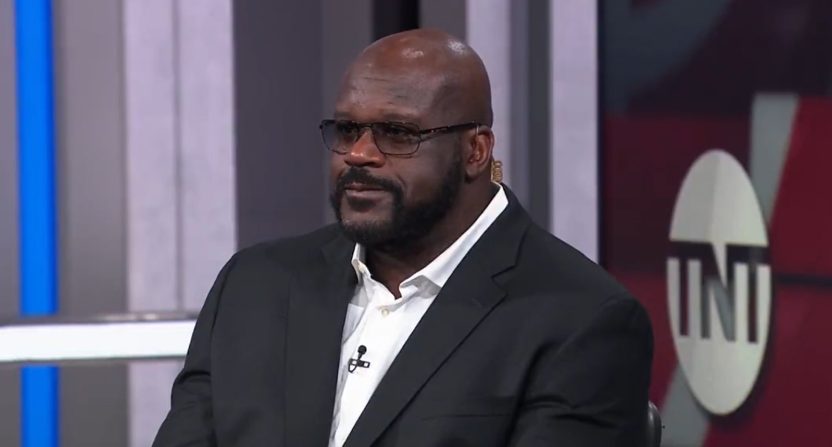 Legendary NBA superstar Shaquille O’Neal made headlines in early November when he called Brooklyn Nets superstar guard Kyrie Irving “an idiot” after Irving shared an antisemitic movie to his four million social media followers and initially defended and refused to delete the post.

Several online critics, however, accused O’Neal of being a hypocrite on the issue. A theater owned by O’Neal had promoted “Hebrews 2 Negroes,” the film at the heart of the controversy.

O’Neal issued a clear message to his critics while speaking on an episode of The Big Podcast with Shaq, saying he didn’t “give a f—” what they had to say.

“I don’t give a f— what they do. I stand on what I say, and I say what I say, and I mean what I say,” O’Neal said while speaking to Nischelle Turner and Spice Adams. “In this life, this is 8 billion people here. You’re either going to like or you’re not. The good part about me is that I understand that Michelle, your hair is brown. Some people will say ‘No, it’s black.’ But I’m not going to sit here and argue.”

O’Neal went on to say, “Please don’t think I care. Because I don’t.”

O’Neal went on to criticize the Nets and owner Joe Tsai for publishing the conditions for Irving’s return from suspension, which O’Neal called “unwarranted.”

Irving has been cleared to return to the team, though he’s currently listed as “questionable.”

[The Big Podcast with Shaq]