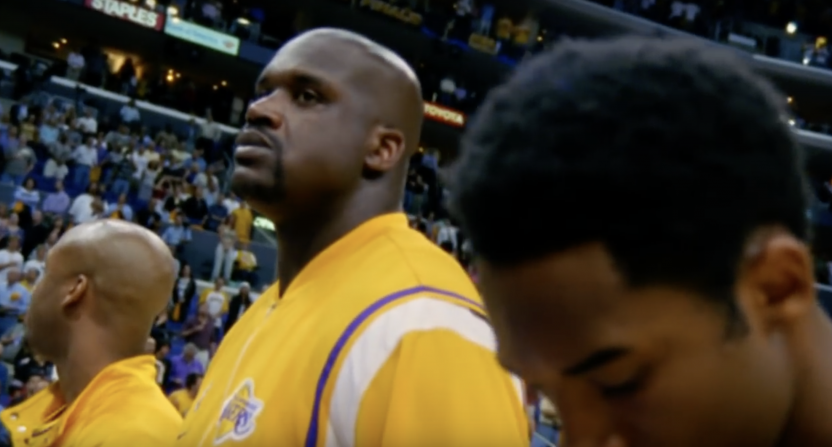 In the last few days, I’ve been watching some old NBA games that I hadn’t seen before, trying to pass the time practicing social distancing. I’ve come upon some interesting discoveries while watching some early-2000s Shaq-Kobe Lakers games. A dynasty I was too young to have seen live, it’s clear to see both stars — the dominance of Shaquille O’Neal and the pure competitiveness of Kobe Bryant, particularly on defense — and the difference in that era. Everything back then was much more compact, with fewer three-pointers and a good amount of low-quality mid-rangers. The time looked ripe for innovation. Also, Rick Fox was pretty good.

The most notable discovery was that Shaq was a significantly better passer than I had realized, to the point where his distribution from the post contributed greatly to his success there. He was not a high-volume assist guy, or even a frequent passer from the block, but Shaq could sling it around the court and slice beautiful bounce passes into the lane.

Shaq’s pure physical dominance is clear, above all else. Against the Philadelphia 76ers in 2001, he would back Dikembe Mutumbo into the hoop, and then either loft a silky one-handed hook or slam the ball through the rim. Sometimes he would face up from the elbow and take it straight to the hoop. He was often one of the league-leaders in free throw attempts. No one had any real answers.

Part of the reason Shaq was never a frequent assist-compiler (career 2.6 assists per 36 minutes) is that there was no reason for him to pass once he got the ball near the hoop. He was incredibly efficient — remarkably, he led the league in field goal percentage 10 times. But he did draw frequent double-teams, and there were some savvy cutters on those Lakers rosters. Kobe, Fox, Derek Fisher, Horace Grant, and others knew how to play off of him.

When circumstances dictated, Shaq became a very good distributor. In Game 2 of the 2001 Finals, he produced arguably one of the best games ever played in the Finals: 28 points on 12-of-19 shooting, 20 rebounds, nine assists, and eight blocks in a 10-point Lakers win.

That was Shaq at his absolute peak. The beauty of Shaq was that he could do the same thing over and over again, and no one could stop him. He could be so casual, particularly on defense, and still play at a higher level than anyone else.

He understood his gravity, and the lanes that his dominance could open. Every time Shaq received the ball on the block, he glanced around the court and evaluated where everyone was. He knew when to act quickly:

That’s a simple, opportunistic cut from Grant, pouncing on a double-team. Shaq knew that the best way to complete the pass was to turn away from the paint and flick a bounce pass behind the back of Tyrone Hill. Grant was wide open, but the timing had to be perfect in order to generate such an easy layup. Shaq had the timing and the precision.

We tend to forget about the level of nuance Shaq could reach, when he felt like it. He was not a pure brute; he had, by that point in his career, figured out his role on the court and how to leverage it. Often, that meant the best course of action was to plow through his defender. Sometimes, that meant feeding a cutter, and he had the soft touch to do it.

When a play wasn’t there at first, he could prod for a little bit before finding something other players wouldn’t have seen:

It’s simple, but Shaq saw this from the start. He knew to wait with the ball after his original back-down had made the Sixers’ defense ripe for subtle Robert Horry maneuvering. As Shaq stood with the ball, Horry set a screen on Aaron McKie, who was guarding Fox. A miscommunication followed on the part of the Sixers, as Horry’s defender failed to rotate and a lurking Fox cut right into the paint. Shaq’s pass was on point.

A big part of the Lakers’ success in the early 2000s was Shaq’s incredible efficiency. We don’t have much in the way of in-depth analytics from the time, but I’d love to see the Second Spectrum numbers on Shaq post-ups. I would bet that the Lakers averaged a lot of points-per-possession on those plays, both from his own baskets and from resulting passes.

LA was Shaq’s team — everything orbited him. His dishes won’t always remind you of Nikola Jokic’s, but when there was a shooter in the corner or a cutter under the rim, Shaq had the vision and the accuracy to find him. The passing is an underappreciated part of his game. Defenders knew he would find open guys, forcing them to stay on their man and let Shaq have an easier path to the basket.

Only a global pandemic could have forced us to look back and reconsider these things!