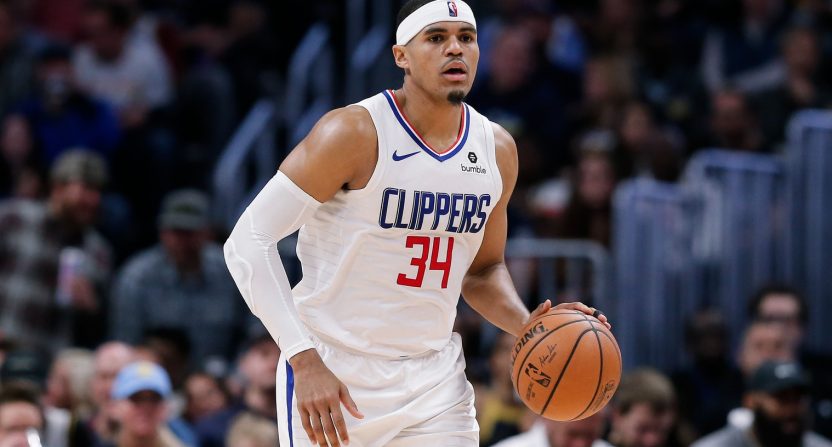 Shortly after suffering a difficult loss at home to the Toronto Raptors, the Philadelphia 76ers got a jump on the NBA trade deadline. The Sixers pulled the trigger on a deal to bring Tobias Harris (and two more bench players) to Philadelphia from the Los Angeles Clippers in exchange for a pair of first round picks and three players.

The late-night Wojbomb, for those who may have been sleeping…

Sixers are loading up with a fourth All-Star caliber player in East, Harris; Now Clippers have one of league's most coveted picks — 2021 Miami 1st — along with 2020 1st — to become players in marketplace when star talents want trades to get to LA. https://t.co/S9eobGtzaX

As reported by Woj, the Sixers sent Landry Shamet, Wilson Chandler, Mike Muscala, and a pair of first round picks to the Clippers in exchange for Harris, Boban Marjanovic and Mike Scott. The two picks included are a 2020 protected first-round pick and an unprotected 2021 first-round pick previously acquired from the Miami Heat. This is a win-now move for the Sixers, clearly aimed at them competing for a championship in 2019.

If Brand can take advantage of the buyout market to pad the bench, then the Sixers have plenty of time to take some steps forward in the Eastern Conference toward the goal of reaching the NBA Finals.

The lingering question for the Sixers now may be what can be acquired in exchange for former No. 1 overall draft pick Markelle Fultz, who has been labeled a bust for the Sixers. Given what is left to use as a trade piece, Fultz is likely the player Brand will try moving for any player that can come off the bench.

Brand and the Sixers are gambling right now with the trades made this season. Acquiring Butler and Harris has mortgaged some of the future, and there is no guarantee that either player will choose to stay with the Sixers once they enter the free agent market this summer. And if the Sixers cannot manage to bring either player back, the team risks potentially not satisfying blossoming stars like Embiid and Simmons. There is a lot at stake for the Sixers right now, and that means there is a lot on the line for Brand as the general manager.

The Clippers also can start building a plan for the offseason, and they now have some room to make some sales pitches for some potential free agent signings in the offseason. Both of these teams are heading to an interesting offseason, to say the least.