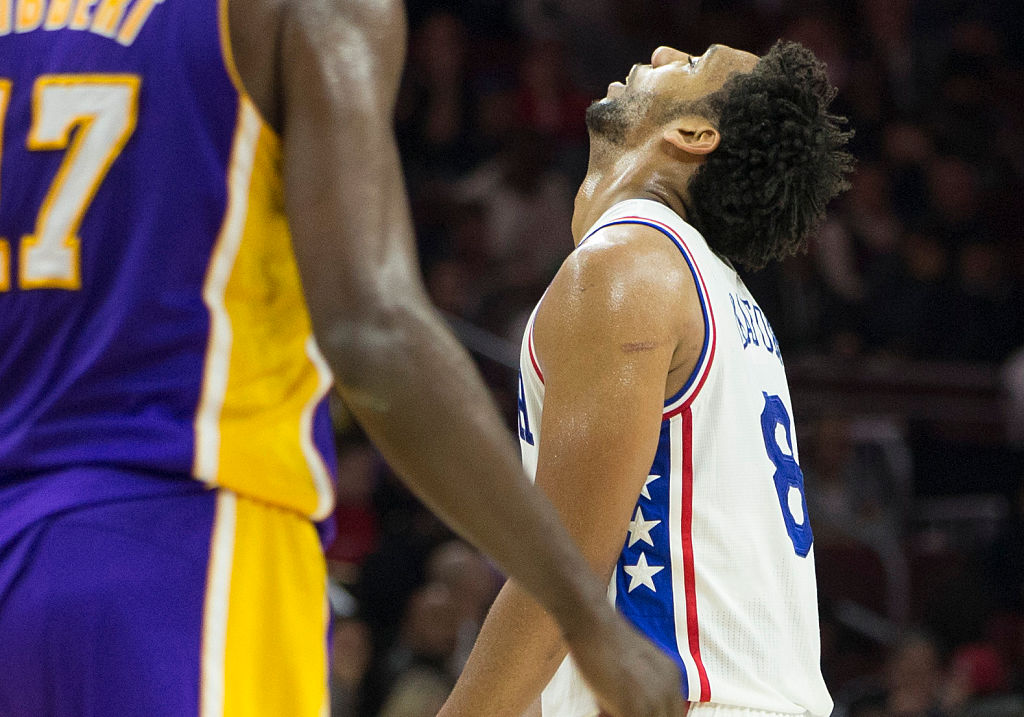 The Philadelphia 76ers finally got their first win Tuesday to improve to 1-18 on the year, but now they’re facing ugly off-court headlines. The team announced Wednesday night that 19-year-old rookie Jahlil Okafor has been suspended for two games for problematic off-court behavior following TMZ posting two separate videos of fights he got into outside a Boston nightclub last week after a game. Here’s TMZ’s video of the second fight in Boston, which appears to show Okafor throwing a punch:

Additionally, news came out this week that Okafor received two police citations (for reckless driving and driving at an excessive rate of speed) on Oct. 19 for driving at 108 miles per hour on the 40-mile-per-hour Ben Franklin Bridge, that he allegedly presented a fake ID at a Philadelphia bar in early October, and that he got into an Oct. 4 fight that resulted in a gun being pulled on him. Add those incidents up, and it’s not hard to see why the team’s taking action.

However, Okafor has been terrific on the court so far. The Duke product, who Philadelphia took third overall in June’s NBA draft, has been averaging 17.2 points, 8.1 rebounds and 1.6 blocks in his first 19 games. The team’s going to certainly miss him during this suspension, but given all the stories that keep popping up, it’s easy to see why they want to sit him down for a while. The suspension alone isn’t it, either; the Philadelphia Inquirer reported Tuesday that the 76ers have hired a bodyguard to accompnay Okafor when he goes out, and their statement Wednesday suggests they may do more:

“Jahlil is a very important part of our organization and our future,” the team wrote in a statement. While we are disappointed with his recent actions, we have faith in him as a valued member of the Sixers. We will provide the necessary resources to support him on his journey and will do our part to help him succeed both on and off the court.”

While Okafor’s NBA career has gotten off to an incredible start on the court,what he’s done off the court certainly hasn’t been as impressive. We’ll see how things work out for him with the 76ers going forward.