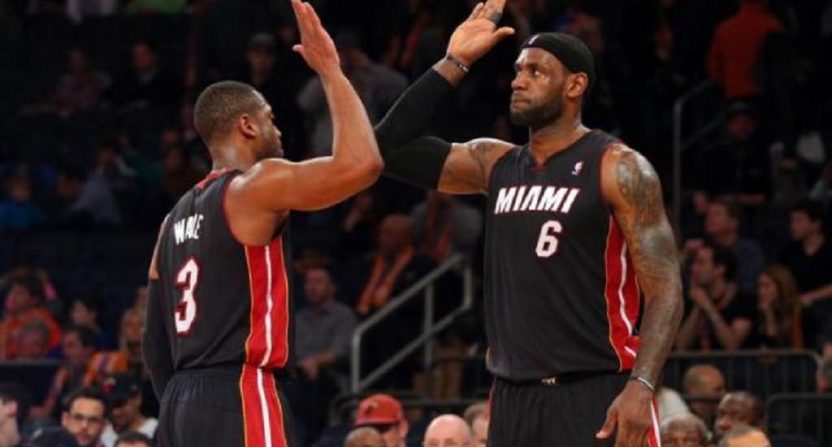 LeBron James and Dwyane Wade — the main two of the “Big Three” — won two championships with the Miami Heat, and now their sons are teaming up to try to win at the high school level.

Bronny James and Zaire Wade will attend Sierra Canyon in Los Angeles (Chatsworth) for this upcoming season, according to Tarek Fattal of the Los Angeles Daily News.

STORY: A look at what Sierra Canyon’s team COULD look like. James and Wade’s expected arrival could just be the beginning..https://t.co/5kpvVwg8Rw

James is just 14 years old and will be a freshman, while Wade will be a senior.

So, it will only be one year of the sons — both 6’2″ guards — playing together. Fattal reports that the James going to Sierra Canyon has been a “done deal” for at least six weeks. James will transfer from Santa Monica Crossroads.

Bronny James to Sierra Canyon has been a “done deal” for at least six weeks. The other “done deal” is that Zaire Wade, Dywane Wade’s son, who will be a senior next year will join Bronny this coming season at Sierra Canyon.

Bronny is a highly regarded prospect and already has standing offers from Duke and Kentucky. Wade, 17, has offers from DePaul and Nebraska, according to 247 Sports.

The additions of the James and Wade sons to Sierra Canyon come after the sons of former NBA stars Scottie Pippen and Kenyon Martin played for the program last season.