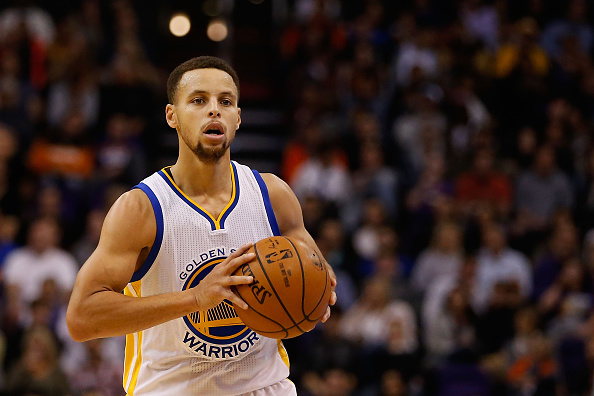 The Golden State Warriors were the most impressive team in the NBA last season, playing a style of basketball that many thought would not work, and appearing to do so with ease.

They have gotten even better, and it’s scary.

If your favorite team is up seven points on the Warriors, they might as well be down 10. They are a well-oiled machine and have gotten immensely better, which didn’t seem possible.

And Steph Curry says you can try to copy it, but it won’t work.

You can try to copy it, but you won’t have the personnel. There isn’t another Draymond Green, another Klay, another Andre. If you put your small-ball lineup next to ours, we like our chances.

Steph is exactly right. The Warriors’ small ball lineup of himself, Klay Thompson, Harrison Barnes, Andre Iguodala, and Draymond Green is incredible to watch, and can’t be matched.

Klay Thompson is another deadly shooter with great length who could go off in huge bursts at any time. His ability from deep forces teams to respect him, because you’d be almost just as crazy to challenge him to beat you as you would be with Curry.

Harrison Barnes has good skills in every part of the game, and is always there when you need a basket when Thompson or Curry can’t get it for you. He can shoot, and he can defend. It’s hard to tell just how high Barnes’ ceiling is when you have other players of such high talent around him, but it’s clear he is going to be in this league for a long time.

Andre Iguodala is the vet among all of these young, talented players that the Warriors possess. He has great size, both in length and in strength. He can guard a variety of players, and on occasion can provide you with 3-point shooting, although he’s clearly lower on the totem pole when it comes to that on this team.

Draymond Green is a truly unique player himself. He can guard anybody at any position, and has become one of the best defensive players in the game, and many would argue that he was robbed of defensive player of the year last season.

The ability to knock down 3-pointers at will and force teams to guard all five guys on the floor is what helps make the Warriors so effective, especially in the small ball lineup. It was key in defeating the Cleveland Cavaliers in the Finals last season, as it made Timofey Mozgov essentially useless on the defensive end of the floor. It forced Tristan Thompson on the perimeter, limiting his rebounding ability, which is his greatest skill.

When teams try to run with the Warriors, it often gets them into that hole that they would have fallen into anyways even quicker. They will have your team gassed with their ability to score in chunks, and defend at will.