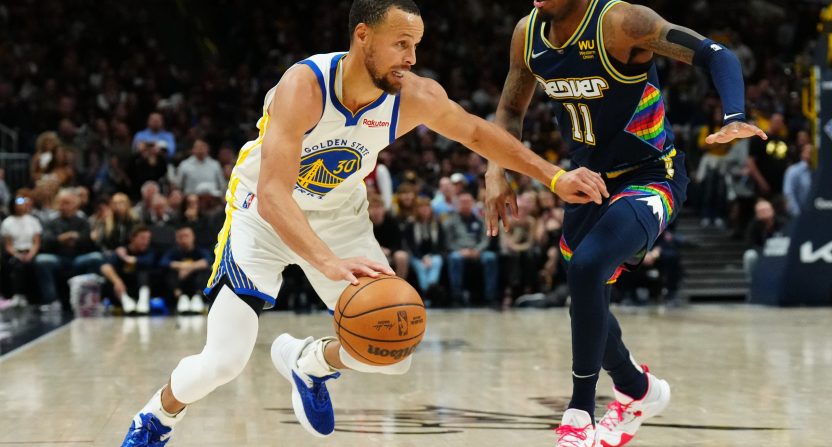 If you looked at the box score from Sunday’s Golden State Warriors–Denver Nuggets game, you would’ve thought that Steph Curry did great.

In Game 4, Curry had 33 points and was top scorer on the Warriors. On the stat sheet, Curry went 10-for-14 from the free throw line and to many in the NBA, that wouldn’t be too bad. But for a career 91% free throw shooter, that was a disaster. In fact, Curry’s four missed free throws were the most he has missed in a single game in his career.

Despite having appreciation for getting to the line to take 14 free throws, Curry expressed his disappointment in that he missed four of those shots in his postgame press conference.

“Missed free throws, I hate it. It’s the worst feeling in the world because it’s what I do really well,” Curry said.

Curry might be a bit too hard on himself but he’s got high expectations and it’s because of having those high expectations that he’s one of the best in the game. Also, when you lose 126-121 in an attempt to close out a series, you’re probably not going to be too happy regardless of how you did individually. It’s a team game and Steph and the Warriors will see the Nuggets in Game 5.