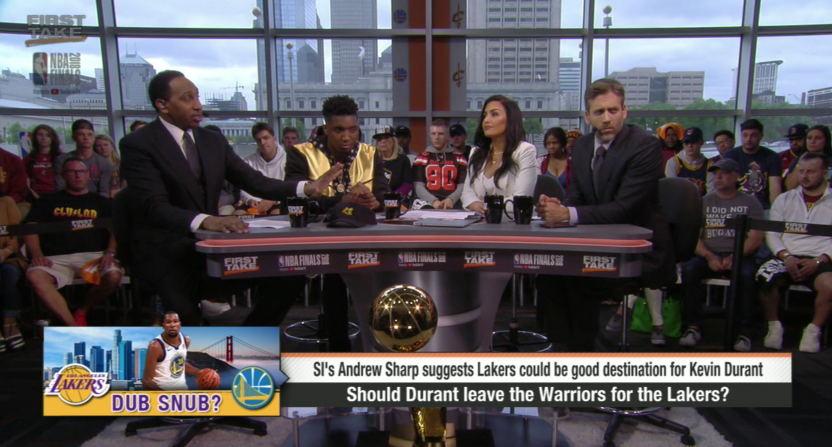 It’s been quiet on the totally manufactured “LeBron will look at joining the Warriors in free agency” front for awhile. Probably because it makes no sense at all. For LeBron. For the Warriors. For the NBA.

This media fart was birthed in February by a Chris Haynes report with the headline “Sources: LeBron James would listen to Warriors if max slot is available”. What struck me then was how balls deep ESPN went in on this report which didn’t really have much meat on the bone and was a pretty diluted mixture of conjecture, hypotheticals, and unlikely scenarios.  ESPN spent hours on the topic with every single show devoting the first few minutes to discussing it, which I said was ESPN at its worst.

In front of a live audience of mostly Cavs fans, the venerable Stephen A Smith took it a bit further (video at the bottom) by saying “LeBron James will have a conversation with the Warriors this summer”, which is quite the scoop! The statement immediately brought boos from the crowd and this guy’s bewilderment. 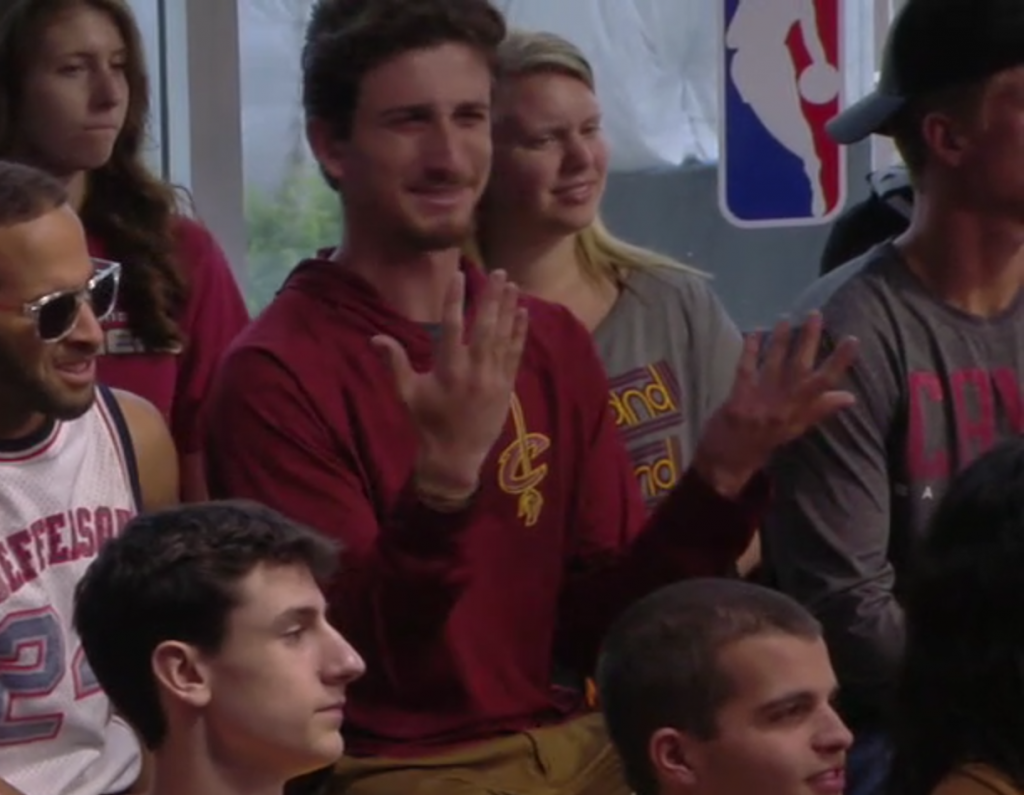 Smith continued despite another round of boos by answering “You either want the information or you don’t bro. I’m just letting you know what’s going on.”

Smith goes onto explain how the Warriors would want to have LeBron along with Kevin Durant and Stephen Curry. This leads to my favorite portion of the video when Max Kellerman, Molly Qerim, and Donovan Mitchell all start to zone out as Stephen A. really starts selling his bullshit. 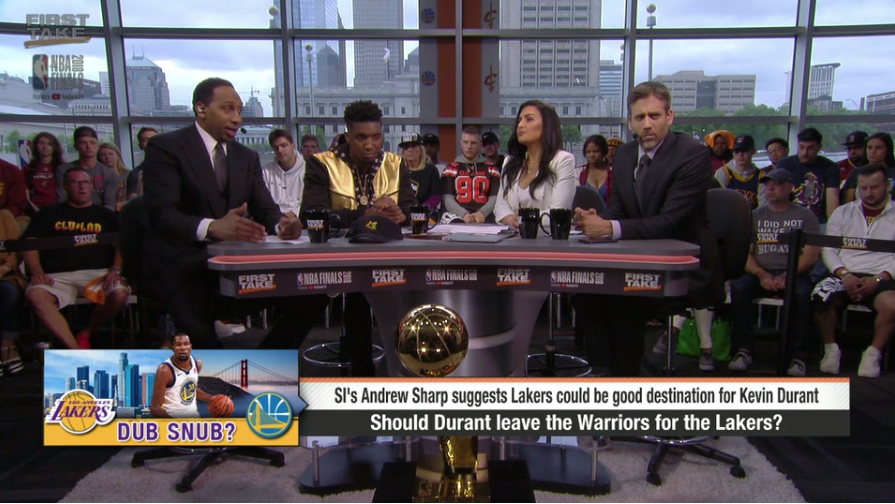 Smith then dances around the mechanics of how this would all happen by saying the Warriors would move on from Klay Thompson and Draymond Green and that if this did happen he would definitely yell about it in future episodes of First Take. The crowd claps with the knowledge that Stephen A. Smith will not tolerate an almost impossible scenario that he just invented and promoted.

The funny thing to me is that I actually don’t think ESPN is going to get their rocks off on this report like they did last time. The reality is that, internally, ESPN doesn’t really treat any drive-by reporting Smith does on First Take as having much legitimacy. A few months ago, Smith claimed the Cavs were going to be up for sale which was something that had not been reported or rumored anywhere. ESPN didn’t blink because well… Stephen A. says things and it’s hard to take any new info he puts out as a legitimate report given he just says/screams what’s historically been a blend of conjecture and opinion, dressed as news. Despite Smith elevating the ESPN February report from “would listen IF max slot was available” to “will have a conversation with” which would be a major thing…..thus far other ESPN shows and personalities aren’t wasting their time despite the juiciness of such a “report”.

I have no idea where LeBron will play next year or who he’ll talk to. Anyone remotely familiar with the NBA however does know it will 1000% not be Golden State. There are better bullshit sports conspiracy theories to waste your time on, and Stephen A. Smith pimping this one is probably the only thing you need to know that you shouldn’t waste your time here. Video below which I actually recommend because of the reactions to Smith’s bullshit.