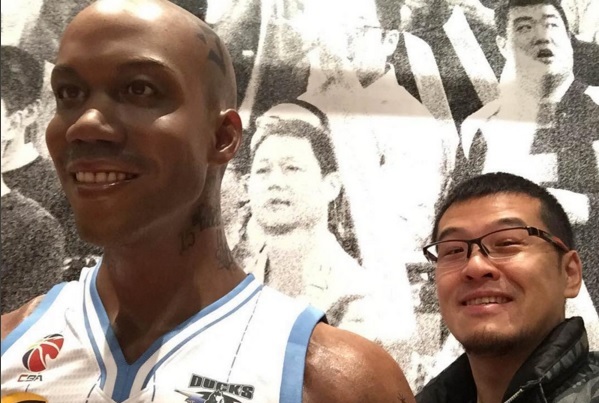 If Stephon Marbury is still trying to convince Kobe Bryant to come play basketball in China, maybe he should take the Lakers star for a tour of a brand new museum in China. The doors to the Stephon Marbury museum have officially opened in Beijing. That’s right, Stephon Marbury has his own museum.

We mentioned the museum in a previous story about Marbury making a sales pitch to Bryant to join him in China. Marbury is a star in the basketball world across the Pacific Ocean, as evidenced by the brand new 300-square foot museum, which is scheduled for a public opening on Monday. Marbury showed off a few first glimpses of the new home for historical artifacts from the life of Marbury.

“All those places that I’ve played at is a preparation for me to come to Beijing. For me, my Beijing jersey will be the jersey that I will retire here in China.”

There is no question Marbury has enjoyed his basketball time in China since leaving the NBA a few years ago. Marbury has won three championships in China and has been featured on a postage stamp. And a statue. And now he has a friggin’ museum in his honor. Marbury has left his mark on the basketball world in China, and he has no plans of slowing down.

When his playing days do come to an end, Marbury says he hopes to one day coach the national team in China. Love him or not, you have to applaud Marbury attempting to help promote the sport of basketball and promote the game abroad. He has been rewarded for his efforts, and he has opened the door to new possibilities for aging NBA stars who may not find a spot on an NBA roster.

Just imagine what Kobe would be able to do. If Marbury got a museum, Kobe might just get a city.