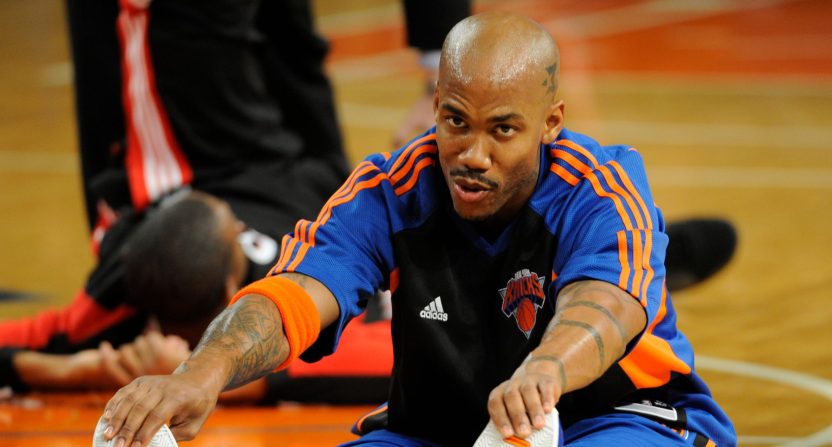 Stephen A. Smith is not everyone’s cup of tea. In fact, he’s not many people’s cup of tea. And you can include former NBA star Stephon Marbury in that cup of tea given his recent comments about the ESPN personality.

Following Smith’s comments about Brooklyn Nets star Kyrie Irving last week, in which the ESPN host said he is “one of the most delusional athletes in American history,” Marbury offered up some spicy comments on the First Take debater.

“I’m starting to think Stephen A. Smith thinks he’s a star for speaking the English language loud and obnoxious on TV,” Marbury told Bally Sports. “I truly believe he’s upset he couldn’t play ball in front of 19,000 people every night, so he reverted towards [bashing] people who look like him who have true intentions on earth to be real and authentic towards helping people.”

Stephen A. is, of course, doing what Stephen A. does. So it’s always good to take his comments with a grain of salt, especially since we know how easy it can be to dupe him. That said, you can also understand why someone like Marbury would dislike the notion of someone in Smith’s position being so gratuitous in his attacks on an NBA player.

Alas, Marbury is likely just giving Smith exactly what he wanted when he made the initial assessment. More ammo to work into a new rant on his next ESPN appearance.

Meanwhile, Irving seems all too happy to talk about media criticism on his own.