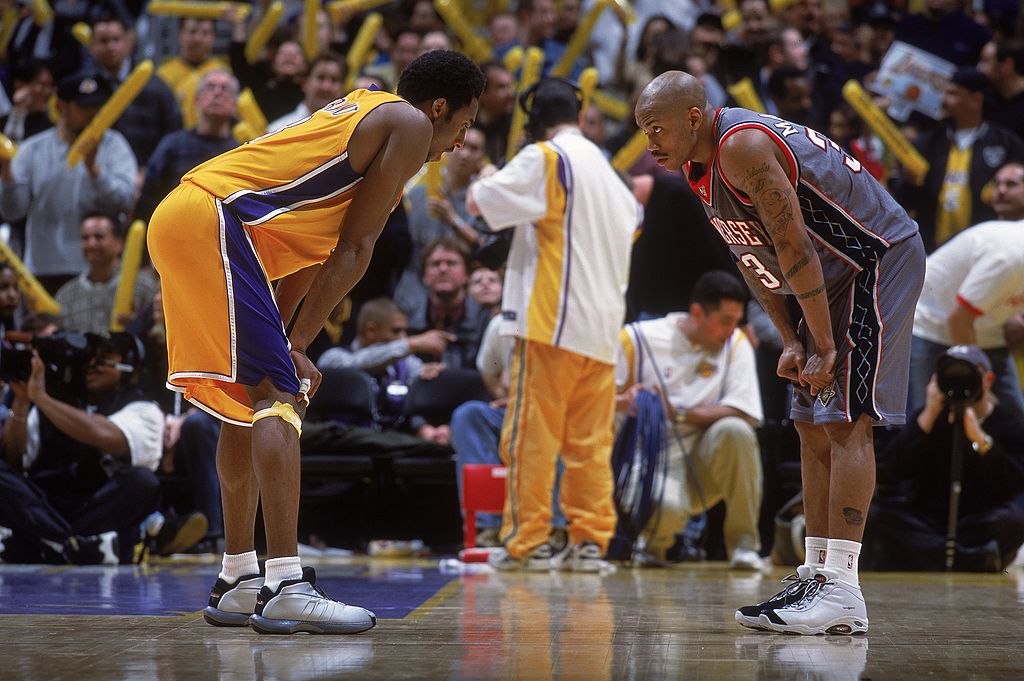 Kobe Bryant is coming down the final stretch of his long and successful NBA career, but does that mean his professional basketball career has to end? Stephon Marbury is making a sales pitch to the five-time NBA champion and 17-time NBA All-Star to keep playing by his side… in China.

“They love him here. It is a little bit past love. It would be like the biggest thing ever in basketball here,” Marbury recently told Marc Spears of Yahoo Sports. “It would be beyond huge. Beyond big. I would definitely encourage it.”

Since last stepping foot on a court in the NBA with the Boston Celtics in 2009, Marbury has been thriving as a veteran player in the Chinese Basketball association since 2010. Marbury has played with three different teams across the Pacific, becoming a six-time CBA All-Star, a CBA All-Star MVP and three-time CBA champion with the Bejing Ducks. This past season Marbury won CBA Finals MVP at 38 years of age. Marbury already has his own statue outside the Bejing arena, and his face has appeared on a postage stamp. But wait, there’s more! There is even a Marbury museum coming soon in Bejing.

Kobe Bryant's jersey was the NBA’s best-seller in China for most of the past decade https://t.co/wBV5Kl2b3G pic.twitter.com/hHZmNVszBJ

If Marbury can attract this kind of attention, imagine what Kobe could do.

Odds are you will have to just imagine it, because it is not likely Kobe takes Marbury up on the offer to come play professional basketball in China. There is nothing more for Bryant to prove after winning in the NBA and in the Olympics. Bryant doesn’t have a championship to chase any more the way Marbury did when his NBA career came to an end. This is not a knock on Marbury, just a reality of the careers of each player drafted back in 1996. Marbury going to China to keep playing worked out far better than fellow 1996 draft pick Allen Iverson’s brief 10-game adventure in Turkey.

Some players continue playing in whatever country and league they can so they can experience the thrill of victory and keep playing a regular role. (Also: money.) If Kobe were to continue playing in China, he would be a star. There is no question about that (he already is a star in China), but the desire may not be there for Kobe the way it was for guys like Marbury and Iverson.

Fans in China honor @kobebryant with a portrait in the snow