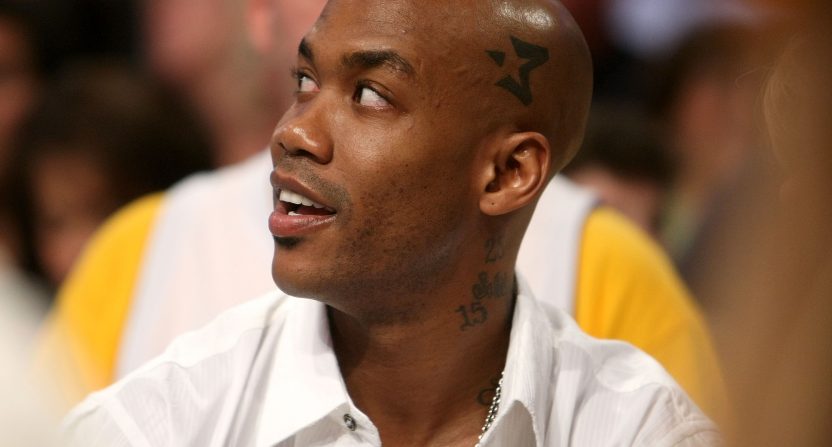 After being reportedly turned down by Nike, Under Armour and Adidas, Lonzo Ball and his father LaVar are in need of a shoe deal. And with the major companies uninterested in meeting the Balls’ high demands, they’re going to need to get creative.

Marbury, who played 14 NBA seasons and was twice and All-Star, charted his own path with his Starbury sneakers, which he famously sold at highly affordable prices. The shoes are especially popular in China, where Marbury has played since 2010.

In an interview with The Undefeated, Marbury said that although he doesn’t love the high prices LaVar Ball’s “Big Baller Brand” charges or his decision not to hire an agent, he would be willing to work with him. Here was Marbury’s message to the Balls:

“Come rock with us. We know the structure that is needed. We don’t have the capital, but with my brand we have the resources for what is needed from the manufacturing side in China. He doesn’t have to do something with Starbury. We could work together where we can help put them into the position to speak to all the people who have that access to do what they want in China. I’m not saying I want him to come under my umbrella and be with Starbury, but I can position them by setting them up with the people that they need to speak to in order to create their infrastructure if they want to infuse capital into themselves.”

“LaVar Ball wants a billion dollars. There is nothing wrong with saying that is what he wants. It’s how he’s said it,” said Marbury, a China Basketball Association free-agent guard. “If he was able to express why he wanted it and explained it without saying it how he said it, which is his prerogative, he wouldn’t be scaring people. He has three kids who are really good basketball players. He should want to own his own brand. That is the smartest way of doing it. With his son [Lonzo] being a dominant college player and projected to be a high pick in the NBA draft, he will be able to use his capital that he makes to invest in himself, which is the best investment.

The Starbury shoes were always pretty cool, and it Marbury’s decision to sell them beginning at $14.98 is highly admirable. Maybe a Marbury-Ball partnership could be good for everyone.

Or maybe LaVar should go running back to Nike before it’s too late.