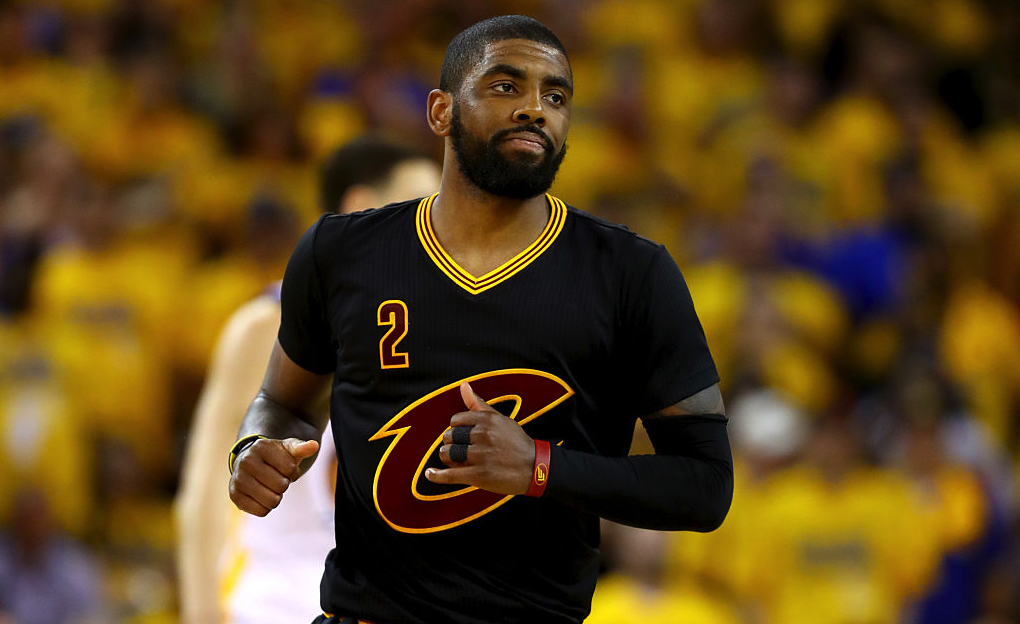 The past year was a pretty crappy one in the world as a whole. But 2016 was a pretty memorable year for the NBA.

Here are our the biggest stories in the league from the past 12 months, in what was one of the best years for the NBA in a long time.

The easy top choice for story of the year had several historic moments and occurrences rolled into one. As has been documented ad nauseam, the Golden State Warriors became the first team to ever blow a 3-1 NBA Finals lead as LeBron James finally delivered the Cavaliers and the city of Cleveland its first NBA title.

But who can forget the final moments of the incredible, unbelievable Game 7? James’ running block on Andre Iguodala will go down as one of the signature moments in Finals history, and think pieces are still being written on Kyrie Irving’s game-winning three being the biggest shot ever in professional basketball. Draymond Green’s suspension for kicking James’ manhood helped turn the tide of the series and forever altered Green’s reputation.

It also shattered the myth that the Warriors were this unbeatable team and without this top story, there most likely wouldn’t have been the second-biggest story in the league this year.

When the landscape of the NBA dramatically changed, I was in my dad’s car at a gas station on Long Island. It was late in the morning on Monday, July 4 when Kevin Durant revealed to The Players’ Tribune that he’d be leaving the Oklahoma City Thunder for the Warriors.

It was the biggest NBA free agent defection since LeBron James’ decision to bolt Cleveland for Miami. It gave Golden State a seemingly unbeatable superteam, linking him up with Stephen Curry, Klay Thompson and Green. It labeled the Warriors as an unbeatable villain and sparked a new school vs. old school war on how players back in the day never would have defected or taken the easy way out to go join their basketball rivals.

And none of this would have taken place if Golden State hadn’t come back from a 3-1 deficit of its own in the Western Conference Finals against Oklahoma City, a classic series in its own right that will probably be forever overlooked and overshadowed by the Cavs-Warriors Finals.

Three of the all-time great players retiring in the same year is something we may never see again, and they did so in their own unique ways.

Kobe Bryant had an over-the-top farewell tour capped by his 60-point, 50-shot career finale against Utah that was the epitome of excess and volume shooting. He deserved to end his career on his own terms. Tim Duncan ended his career on his own terms as well, with a quiet press release over the summer after a disappointing playoff exit for the Spurs in the Western Conference semifinals. Kevin Garnett had one year left on his Minnesota Timberwolves contract, but decided to hang it up in September after a storied 21-year career.

All three are absolute legends and giants of their eras who will get into the Hall of Fame on the first ballot. It might be a long time before we see a year like this with so many all-time greats hanging it up in the same calendar year.

The league was able to avoid a lockout or work stoppage that cost the NBA 16 regular season games in the 2011-2012 season by agreeing to a new Collective Bargaining Agreement that could last through the 2023-24 season. 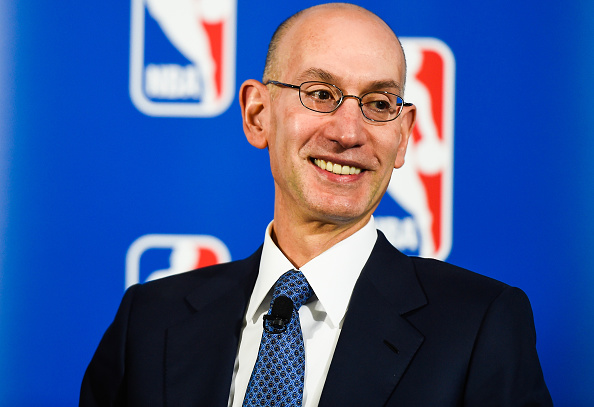 Some of the finer details have been leaking through for the agreement slated to go into effect on July 1, and TNT’s David Aldridge broke things down pretty well.

Salaries will rise for all players, and certain five-year max contracts will be worth over $200 million as soon as this coming summer. The preseason will be shorter, allowing the regular season to begin earlier to allow more off days in between games and fewer back-to-backs. Two more roster spots will be added for each team as two-way players who can be shuttled back and forth with D-League affiliates.

No matter what, knowing that the league will continue its momentum of rising popularity is great for the game and the sport.

Only in 2016 would a team that broke the all-time single season record for wins be the fifth-largest story of the year.

The Golden State Warriors achieved what was thought of as impossible, breaking the 1995-1996 Chicago Bulls record by going 73-9 in the regular season. The Warriors became must-watch TV with their ball moving, three-raining, positive energy style of play. It became news even when the team played a close game in the fourth quarter.

Of course, all of that was overshadowed by the Warriors’ loss to the Cavs in the Finals, making the team extremely similar to the 2007 New England Patriots who achieved perfection until it mattered the most.

6) Mourning The Loss Of Craig Sager

The basketball world mourned the loss of Craig Sager on Dec. 15, a man who was inspiring by the way he fought cancer and the way he lived his life.

"There's no way to gauge the days we have, no way to know how long…
But know this Craig, we'll do our best to live 'em #SagerStrong." pic.twitter.com/63ktUzU1rs

Sager was the perfect combination of style and substance; combining his signature flashy outfits with dogged and determined work, not once complaining about his deteriorating health. His speech at July’s ESPY awards will be remembered forever, and in this contentious year of 2016, he got everyone to agree that we should all be #SagerStrong.

The best NBA event I attended this year was the Slam Dunk Contest at February’s All-Star Game in Toronto. The incredible duel between Zach LaVine and Aaron Gordon made it the best dunk contest of all time.

You had Gordon taking the ball from the Magic mascot — who was rotating on a hoverboard (those were hot last winter) — and doing a spinning windmill. LaVine double-pump windmilled it home from the foul line to win his second straight contest, even though many believed Gordon should’ve won it.

Once Durant left Oklahoma City for Golden State, the Russell Westbrook Revenge Tour was on. Westbrook signed a contract extension with the Thunder and prepared his individual assault on NBA defenses.

Westbrook leads the league in scoring at 31.7 points per game and is looking to become the first player since Oscar Robertson in 1962-1963 to average a triple-double for an entire season. Russ has been so fascinating to watch that the Thunder might even be more entertaining now than when they had Durant and Serge Ibaka last season. In putting up numbers we thought we’d never see again, Westbrook’s play has earned him a spot in this top 10.

The 2015-16 Houston Rockets were an embarrassment. Luckily, they decided to change things up and hire Mike D’Antoni as head coach. After a preseason injury to incumbent starting point guard Patrick Beverley, D’Antoni decided to start James Harden at the point.

The results have been spectacular.

Led by Harden, Houston is back to its fast-paced, free-wheeling, efficient ways. The Rockets are second in scoring offense and third in offensive efficiency with Harden averaging an absurd 27.7 points, 11.9 assists and 7.8 rebounds. Thanks to Harden finally taking the reins on offense, the Rockets are off to a 24-9 start.

After years of tanking and stagnation, the Philadelphia 76ers finally changed course. Sam Hinkie, the architect of The Process, resigned with a magnum opus of a letter after the team brought in Bryan Colangelo to help him out. A little over a month later, Philly finally won the lottery and drafted Ben Simmons first overall.

But the real story for the Sixers this year is a man known as The Process, Joel Embiid. Finally healthy after two years of foot injuries, Embiid is showing flashes of absolute greatness, averaging 18.7 points, 7.4 rebounds and 2.4 blocks in just under 25 minutes per game.

Philadelphia has at least one franchise player on its squad, ending a year in which the team finally progressed in its seemingly endless rebuild.

** Defections of longtime franchise players in free agency, including Dwyane Wade leaving the Heat for the Bulls and Al Horford leaving Atlanta for Boston.

** On Jan. 23, Blake Griffin punched Clippers assistant equipment Matias Testi in the face on a road in Toronto, breaking his own hand in the process.

** The Cavs and Warriors continued their rivalry in an epic Christmas Day matchup that saw Cleveland again emerge victorious. The game drew record ratings on ABC.