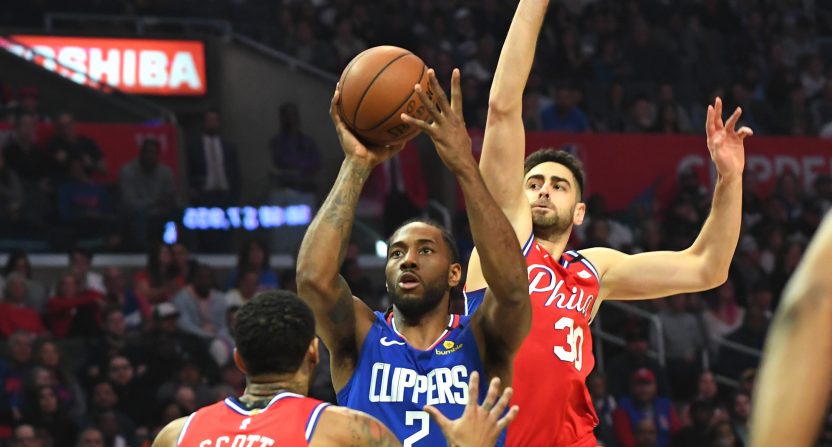 The NBA plans to resume the 2019-20 season with 22 teams, beginning July 31, and with the NBA Finals reportedly scheduled to begin Sept. 30. The league hasn’t played since March 11 due to the COVID-19 pandemic, and now they will restart in a very unique situation: neutral-site games at the Walt Disney World Resort in Orlando, without fans in attendance.

Well, new NBA championship odds have been released following the reports of the league’s plans to restart. According to Bovada, the Los Angeles Lakers (+200), Milwaukee Bucks (+300), and Los Angeles Clippers (+325) are the clear title favorites. Then there’s a big drop, with the Boston Celtics having the fourth-best odds, at +1200.

Using those odds, let’s take a look at three appealing bets that you can make.

Many basketball evaluators will argue that the best NBA team from Los Angeles isn’t even the team at the top of the championship odds. Yes, the Lakers (49-14) have been five games better than the Clippers (44-20) this season, and have LeBron James and Anthony Davis.

However, the Clippers have the 2019 NBA Finals MVP in Kawhi Leonard, to go with six-time All-Star Paul George and three-time Sixth Man of the Year Lou Williams. The Clippers also have a championship-winning coach, Doc Rivers. George — who averaged 28.0 points per game last season with the Oklahoma City Thunder — didn’t even play in the first 11 games of the season due to injury, and the Clippers’ health and chemistry didn’t really kick into gear until shortly before COVID-19 paused the season.

This team has star power, depth (the highest-scoring bench in the league this season), and playoff-tested players (led by maybe the postseason player in the world right now, as he showed last year) and coaching. We probably haven’t seen the best of this Clippers team in the 2019-20 season, and don’t be surprised if we see them at their peak when it really matters in the postseason.

They no longer have Kawhi, and that’s obviously a big deal. But this team has found ways to adapt and play terrific all-around basketball. They even set the record for the longest winning streak in Canadian pro sports history, with 15 consecutive victories this season. Heck, they even have a higher winning percentage now (.719) than they did last year (.707).

First-time All-Star selection Pascal Siakam leads the Raptors in scoring this season (23.6 points), but five players are averaging at least 16 points per game. It’s been a remarkable *team* effort.

There are several things working in their favor entering the season resumption. Some examples:

Charles Barkley would likely fall over laughing at this suggestion, but if you’re looking for a deep sleeper, the Sixers are an intriguing value.

There’s no doubting Philadelphia’s *talent*, led by Joel Embiid, Ben Simmons, and Tobias Harris. Additionally, Simmons — who missed the Sixers’ last eight games with a back injury — has apparently “been outstanding” in rehabbing, and should be back to 100% when the games resume.

And the Sixers have actually looked fantastic at home, with an NBA-best home record of 29-2. But on the road, it’s been ugly, with an awful 10-24 record.

These lopsided home-road splits make the Sixers the most interesting team to watch at the neutral site. What if the Sixers just play much better without travel and without difficult road environments?