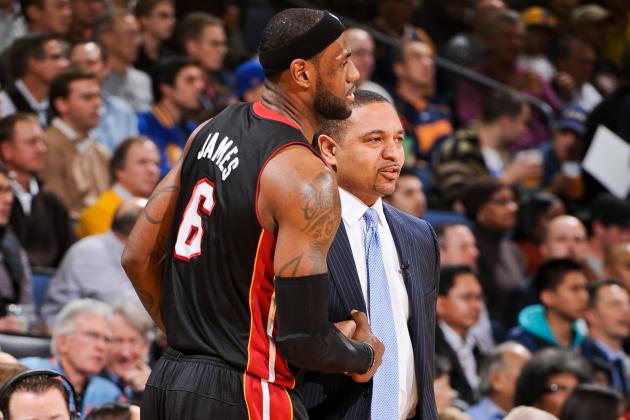 Before assembled members of the press on a momentous Friday afternoon, Cleveland Cavaliers general manager David Griffin said very clearly that Monday’s drubbing at the hands of the Golden State Warriors did not play a role in his decision to fire head coach David Blatt.

It is ironic, however, that the path he has chosen is the exact same one that the Warriors forged after the 2014 season ended, firing a coach who won 50-plus games.

If anything, the Cavs have taken this to a new level, having now blown out a coach who made it to the NBA Finals last year, and had an Eastern Conference-leading 30-11 record this season. Yet, the surprise would have been if the Cavaliers didn’t make this change.

According to numerous reports, Blatt had lost the Cleveland locker room, and it wasn’t just LeBron James. Here at The Comeback, Harry Lyles Jr. picked up on this. He pointed out what Chris Haynes of the Cleveland Plain-Dealer wrote — namely, that Blatt had bent over backwards to not criticize the team’s top three players, and the rest of the roster had tired of that.

The dynamic was terrible, and it was showing on the court — not against the league’s weaker teams, but against the best. The Cavs were not competitive against the Spurs or Warriors in recent games, and as I wrote earlier this week, there was no path to beating Golden State without a major change in direction. 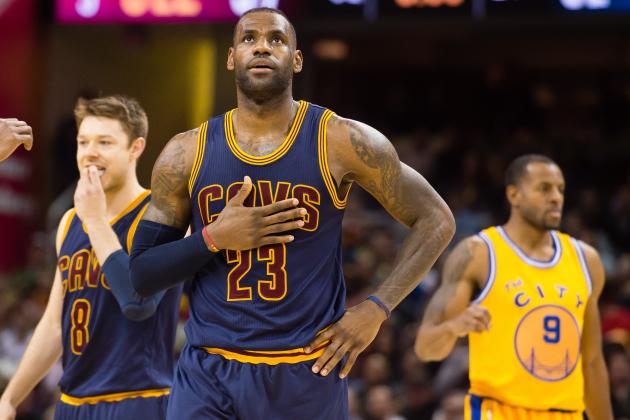 There are a lot of very smart NBA writers out there, and several of them — including the ever-visible Adrian Wojnarowski of Yahoo! Sports — are writing that LeBron James fired David Blatt, or asked, demanded, or in some other way influenced the team to let him go.

I believe Griffin when he says he didn’t need to consult James. The team was missing a cohesion, a “spirit,” to use Griffin’s term, that championship teams have. Blatt, described by many accounts as an abrasive personality, was not going to be the guy to pull that together.

Griffin is also being criticized in some quarters for the decision to give Lue the permanent title and a multi-year contract. I think this was also a no-brainer. Lue was a finalist for the job when Blatt was hired, and it’s likely that if LeBron James had announced his return prior to that decision being made, Lue would have gotten the gig. The Cavaliers wanted him around so much they gave him a million dollars a year (with increasing annual salaries had he remained in that capacity), making him the highest-paid assistant in the league. He was the guy on the staff who would criticize the star players when Blatt would not, and as a result, he has the respect of the other nine guys on the team.

What if the Cavs made him the interim coach, and he won the championship? What would it have cost them to keep him in that post? Even if the team didn’t win it all, so the reasoning goes, he would have gained a half-season of head coaching experience that probably would have made him a top candidate next season.

No, the Cavs don’t have the luxury of seeing how Lue does, which is why they had to remove the interim tag. They have to assume this is going to work. They have a huge payroll and an aging superstar, and they can’t afford to, as Griffin says, “leave it up to chance.”

Not with this Golden State team in the mix.

The Warriors simply cannot be ignored in this larger drama, even if the Cavs’ foremost reason for making this move were more internal (in their locker room and daily operations) than a response to external developments.

The Warriors won 51 games under Mark Jackson in 2014 and endured a first-round playoff exit. They won 67 games under Steve Kerr in 2015 and won the championship. They’re on a pace to win 70 or more this year, and it’s generally acknowledged there’s only one team that can get in the way of a repeat title: the San Antonio team the Warriors face Monday night.

As a person who has watched the Warriors closely for those three years, it’s clear to me that firing Jackson set those events in motion, enabling the franchise to become what it is today. Jackson surrounded himself with a very weak staff, and had two assistant coaches leave or get fired during his last season. The offensive scheme was atrocious, and possession after possession ended with four guys watching to see what Steph Curry would come up with.

This next point is important to note: Curry still liked Jackson, and he was not happy when his coach was fired. Steve Kerr had to work hard with Curry and a few other players who were Jackson supporters, but there were also players who knew that the team could be much better, and they were instrumental in helping Kerr win over the rest. Kerr got Andre Iguodala to agree to come off the bench so that Harrison Barnes could return to the starting lineup, and that made both the first and second units better.

These are the kind of things a coach can do.

Lue obviously isn’t going to ask James to come off the bench, but all indications are that he will demand that the big man make the right play at the right time, which can make a huge difference for the Cavs come the playoffs.

Just as significant is the point that if you believe what Wojnarowski included in his Friday-night column — namely, that LeBron wanted Mark Jackson (!) to coach the Cavs — LeBron didn’t get what he wanted. He might be a powerful figure in Cleveland, but his power isn’t as complete as many think. He needs to be challenged, much as the Warriors challenged Steph Curry to grow when they fired the very same Mark Jackson in 2014. 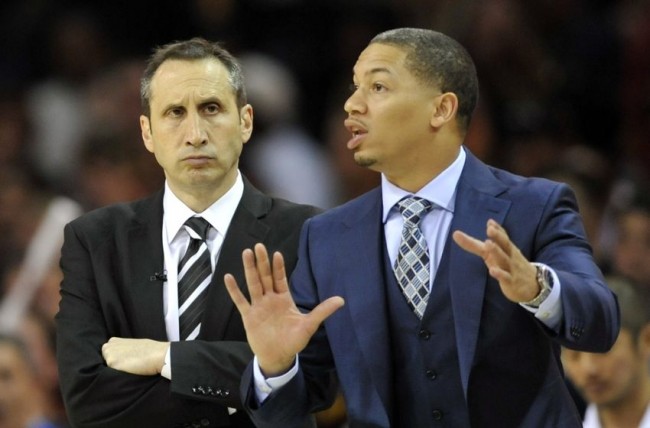 A final point on this:

People in the NBA want to win, right? It’s their whole goal, right? Why should a general manager be criticized for saying, “pretty good isn’t what we’re after here”? Once it became clear that the team as presently constructed could not bring home the Larry O’Brien Trophy, Griffin should have been criticized if he stood pat.

Are the Cleveland Cavaliers chasing the Golden State Warriors by terminating their coach in the midst of “pretty good” — but not yet great — results? Yes they are.

Should anyone have a problem with that? Not if the goal in Cleveland — the only goal — is to win an elusive NBA championship.