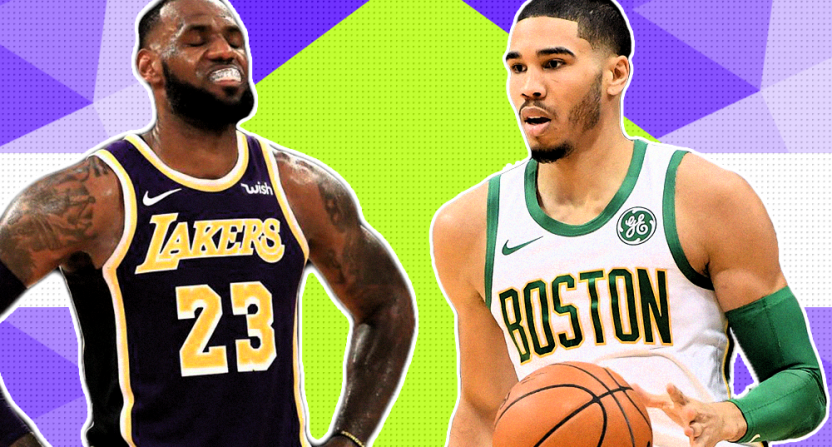 For a handful of NBA teams, the 2018-19 season hasn’t gone as planned. Underperformance, drama, and injuries have been huge factors to why some teams many expected to challenge for the playoffs have fallen apart. Some great teams have merely been good, while some good teams have flat-out been bad. Taking a look across the league, there are five teams having disappointing seasons who have stood out.

It is easy to forget that just last year, the Pelicans swept the Portland Trail Blazers in the first round of the NBA playoffs and then played a surprisingly competitive five-game series against the Golden State Warriors. New Orleans entered the 2018-19 season with plenty of positive momentum, which quickly disappeared.

Instead of challenging for a playoff spot, the Pelicans’ wheels completely fell off. After failing to get their record above .500, franchise star forward Anthony Davis requested a trade, with the Lakers being his preferred destination. GM Dell Demps was fired after Davis left a nationally televised game early to get an MRI without letting the team know. New Orleans tried to bench Davis for the season and the NBA had to intervene. Currently, fed-up fans boo Davis whenever he touches the ball.

Nobody actually expected the Pelicans to challenge for an NBA title. However, it has been surprising to see them hit rock bottom in such a dramatic fashion.

Coming off a winning season where they captured the eighth seed in the Eastern Conference, the 2018-19 Wizards have been nothing short of a disaster.

Washington started the year by losing seven of eight games and never fully recovered. The team’s big free agent signing, center Dwight Howard, played just nine games before having to get back surgery. Star point guard John Wall, whose four-year, $169 million extension takes effect next season, suffered a ruptured Achilles tendon in early February and will be out for at least a year. All-Star Bradley Beal has put up career-best numbers across the board, but his efforts still have not been enough to save the Wizards from mediocrity.

With Wall being out for the foreseeable future and the Wizards heading for the draft lottery, there is little hope for the team now and in the future. It has been a tough year for a team built to win now.

The Timberwolves seemed to ready to become serious contenders after a 47-win season and their first playoff appearance since 2003-2004. Unfortunately, internal drama completely killed their chances.

Unhappy star small forward Jimmy Butler sabotaged the team’s chemistry in an effort to get traded. He cursed out GM Scott Layden and Timberwolves management, called out the club’s young stars and their effort, and immediately went to ESPN and Rachel Nichols to publicly call out his team and reiterate his trade demand. Butler had a point, but he turned a promising situation into a completely toxic environment. He was sent packing in November.

Jimmy Butler talked to @Rachel__Nichols about the incident with Karl-Anthony Towns during practice today. pic.twitter.com/Rje1IIV2oH

Two months later, Minnesota fired team president and coach Thibodeau and replaced him with 32-year-old Ryan Saunders. While center Karl-Anthony Towns has enjoyed a career-season,  forward Andrew Wiggins, owed more than $120 million over the next four seasons, has regressed into one of the most inefficient players in the league. The Timberwolves are set to miss the playoffs and the direction the franchise goes next is completely unclear.

The Celtics season has not been a complete write-off, yet the team’s inconsistent play against lofty expectations lands them on this list.

After winning 55 games and coming just one win shy of the NBA Finals, Boston seemed to be the team to beat in the Eastern Conference. There was a reason to believe they would be even better in 2018-19. Small forward Gordon Hayward was set to come back from a debilitating leg injury that cost him nearly the entire season, the Celtics’ young talent in Jayson Tatum and Jaylen Brown were poised to take the next step in their game, and the team’s continuity was in great shape as mostly the same roster was returning.

The Celtics have not found their groove yet with the playoffs slowly approaching. One game they are blowing out the Warriors in Golden State by 30 points, and later that week, they are giving up 140 against the Clippers. There has been no consistency. Hayward doesn’t look like he is fully recovered and his game has suffered because of it, Kyrie Irving, a pending free agent, has given mixed messages about his future with the team and Brown and Tatum have just been OK, with the former calling the team’s atmosphere toxic.

It is truly hard to tell whether Boston will make noise in the playoffs. The Celtics simply are not as great of a team as many expected.

Team president Magic Johnson and rookie general manager Rob Pelinka failed to surround James with enough talent. Los Angeles didn’t bring in a second superstar to pair alongside LeBron and the organization’s promising youngsters. Instead, they signed Lance Stephenson, Rajon Rondo, JaVale McGee, and Michael Beasley. At the time, those signings represented solid depth moves. In retrospect, they are laughable. None of those guys made enough of impact to elevate the Lakers and too often James was asked to do too much. He ultimately became complacent as the losses piled up.

The Lakers need to have a smarter approach to the upcoming offseason. Missing the playoffs in two straight seasons with LeBron would be severely damaging to the franchise. Johnson and Pelinka should use this season as a guide for what not to do in 2019-20. Los Angeles is the most disappointing team in the NBA.