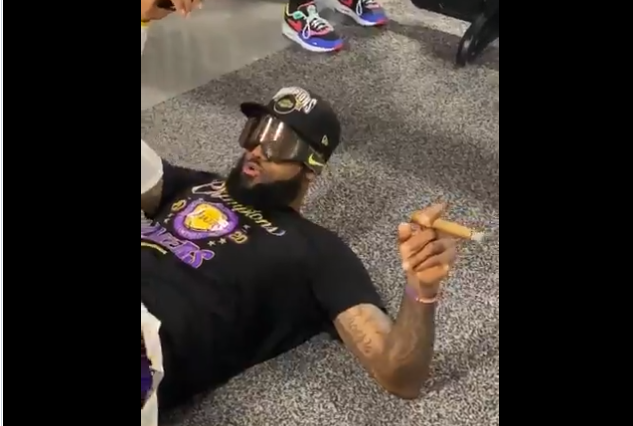 It wasn’t easy due to a remarkable, gritty effort by the Miami Heat, but the Los Angeles Lakers are NBA champions after a 106-93 Game 6 victory in the bubble.

After the Heat won Games 3 and 5, the Lakers didn’t screw around in this one. Los Angeles led 64-36 at halftime, halftime, and leading by as many as 36 in the third quarter.

LeBron James had a triple-double, with 28 points, 14 rebounds, and 10 assists.

And Anthony Davis had 19 points and 15 rebounds.

Anthony Davis simply imposing his will.

Anthony Davis and LeBron James will be the first pair of teammates to finish 1st and 2nd in postseason scoring (total points) in a postseason since Shaquille O'Neal and Kobe Bryant in the 2002 postseason. pic.twitter.com/YKs7Bm5ZAH

It’s the fourth championship for LeBron, and he’s been named NBA Finals MVP each time, adding some more ammunition to the GOAT debate.

He promised. He delivered. Your NBA Finals MVP: @KingJames pic.twitter.com/QbVJ6o3jGq

He's never gonna be everyone's GOAT, but ring No. 4 — with his third different franchise — takes LeBron James to a new level

It's really just Bron and MJ now and that, in itself, is monumental

It’s also the first ring for Anthony Davis, and the 27-year-old superstar probably isn’t done on that front.

As for the Heat, they’re surely disappointed in how it ended, but their run was absolutely incredible.

Heat coach Erik Spoelstra, wiping away tears before saying: “This has been such an unprecedented year. We didn’t get the Final result we wanted, but these are going to be lifetime memories that we have together. You’re in this business to be able to be around people like this.”

They’re building something special and will be a very attractive destination to free agents in the coming years.