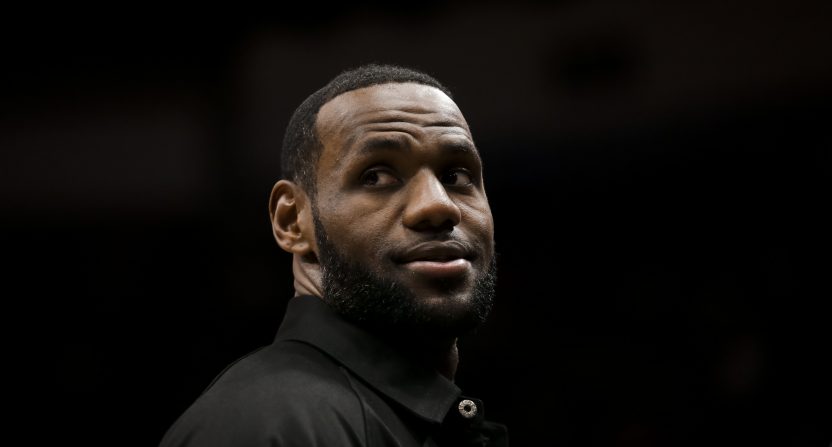 We got our first #WojBomb of the 2019 offseason this evening, when he reported that the Lakers had acquired Anthony Davis from the Pelicans in exchange for a large group of players and picks.

Monster haul for David Griffin and the Pelicans. They maximized the AD trade without needing a third team. History of Griffin deals typically include strong pick protections, which could made trade even better. And now, LeBron gets his second star in LA. Here we go. https://t.co/Yf6cjlhvv4

Obviously the players are known assets, and the #4 pick is somewhat quantifiable as well, in a draft with a clear top-3 likely to be taken. The future picks were murkier, in a league where protections and swaps can turn an announced first round pick into something else entirely.

Now we know, thanks to Tim Bontemps:

The Pelicans will get the following picks from the Lakers, league sources tell ESPN:

This reframes the trade, because the swaps offer some interesting scenarios. By 2023, LeBron James is going to be pushing 40 and while the idea of old man LeBron taking people to school now and again is certainly appealing, the odds of him being able to be anything close to his peak are astronomical.

Davis will likely still be in his prime, but it’s not a guarantee that the Lakers at that point in time will be a top-tier team in the West. And with a down year, they could end up in the lottery; even if the Pelicans are there too, the new lottery rules in place make it even more likely that they could end up with a pick higher than New Orleans. (Those new rules essentially facilitated this trade when the Lakers moved up to #4.)

Those moves make the two swaps very intriguing; if the Lakers do end up in the lottery in either of those years, the Pelicans would essentially have an extra shot at moving way up in the draft order. That’s a big deal!

That doesn’t mean the Lakers overpaid, though. The players they gave up aren’t sure things, and if things work out for them with Davis and LeBron, those draft assets could end up lower in the first round. Plus Anthony Davis is 26 and pretty clearly one of the best players in the NBA. Adding him to LeBron, especially in a Western Conference that looks as open as it has in a long time. Plus there’s this:

I think @BobbyMarks42 hit on something just now on SportsCenter. He said the Lakers may be "paying" the Pelicans with something extra in this trade (one of the swaps or something) to wait the 30 days, so they can sign and then include #4 pick's salary for matching purposes.

This is a key distinction, as including the #4 pick for salary matching is the only real way the Lakers can clear enough room to add another max-level player, with Kemba Walker already seen as a likely target.

Kemba Walker will be a top target in free agency for the Lakers after they reached an agreement in principle to trade for Anthony Davis, according to league sources

Considering Davis is likely to re-sign, and the Lakers managed to retain Kuzma, it’s easy to see a lineup taking shape. Obviously they’d have to fill in pretty much the rest of the roster with players making the minimum, but that’s the part you figure out later. Once the Lakers acquired LeBron last summer, the young players and draft assets they had accrued were always ticketed for use in a move like this.

This, then, would seem like a trade that benefits both teams greatly, albeit on different timelines. That’s rare; normally, the team acquiring the superstar level player is the obvious winner of any trade. But between this deal and other examples in recent years, that trend may be changing.