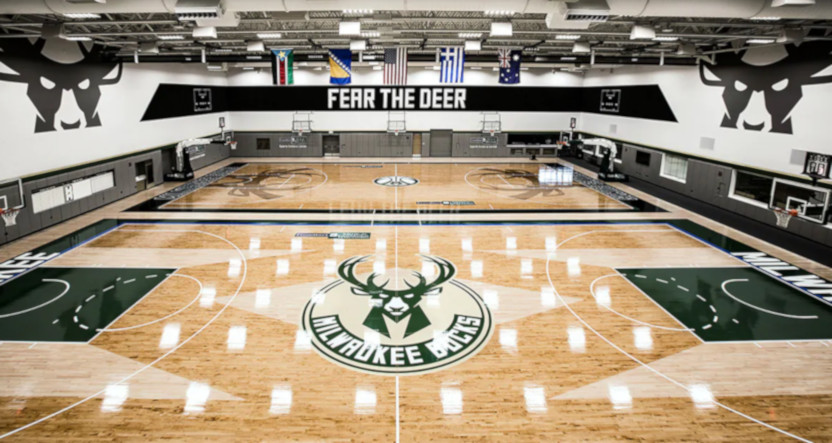 While the NBA is moving ahead with its plans to restart its season with a tournament in Orlando (and now, reportedly perhaps also one in Chicago for the eight teams not invited to Orlando), there are some troubling COVID-19 indicators out there for the league. The Denver Nuggets, Miami Heat, LA Clippers and Brooklyn Nets had already shut down their practice facilities this week, and now the Milwaukee Bucks have followed suit, closing their practice facility (the Froedtert & the Medical College of Wisconsin Sports Science Center in downtown Milwaukee, opened in August 2017 and seen above). Here’s more on that closure from Adrian Wojnarowski of ESPN:

After receiving the results of a Friday round of testing for the coronavirus, the Milwaukee Bucks shut down the team’s practice facility for workouts until the team departs for Orlando, Florida, this week, sources told ESPN.

It was not immediately clear if there was more than one positive test, but the team plans to keep the facility closed for workouts until the team’s traveling party departs for the league’s restart in Orlando on Thursday, sources said.

We don’t know what particular results prompted this shutdown, and it may make some sense for the Bucks to do this even if Friday’s results only included a couple of positive cases. Trying to limit any further spread of the COVID-19 virus is key. And the NBA’s return to play protocols require those who test positive to isolate themselves and then test negative twice before leaving quarantine, so it’s not a quick path back (to say nothing of the potential long-term health effects of the disease).

But the Bucks’ move here is perhaps another sign there’s still plenty for the NBA to worry about with this virus. And a significant number of cases on the Bucks, who had the NBA’s best record (53-12) at the time of March’s shutdown of the league, could have a major impact on the NBA’s plans to resume play. We’ll see how this progresses.