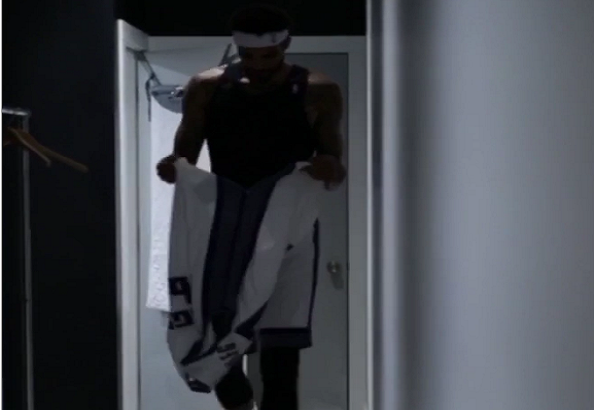 The Sacramento Kings are going through somewhat of a rebrand this offseason, after they unveiled five new logos back in April. The assortments of logos looked great, and have fans in Sacramento excited for what lies ahead, especially with the opening of their new arena, the Golden 1 Center.

Tuesday, the team released a Vine featuring Willie Cauley-Stein where he’s trying on the new uniform, and they look pretty sharp from what we can see:

It’s a much cleaner look in comparison to their previous uniforms, and should look pretty sharp along with their new arena.

If that didn’t give you a good enough idea of what the uniforms will look like, SportsLogos.net’s Conrad Burry posted pictures of them, which were available in the NBA 2K store:

The combination of their old look from the 1980s and 1990s, along with the purple and black color scheme is a nice touch. Many teams don’t get new uniforms or rebrands right, but so far this looks like a success for the Sacramento Kings.

Now, if they could get their product on the floor right, things would really be great in California’s capital city. It will be interesting to see how new head coach Dave Joerger handles the current roster and builds it to his specifications.

At the very least, they’ll look good on the floor just based off of their uniforms.