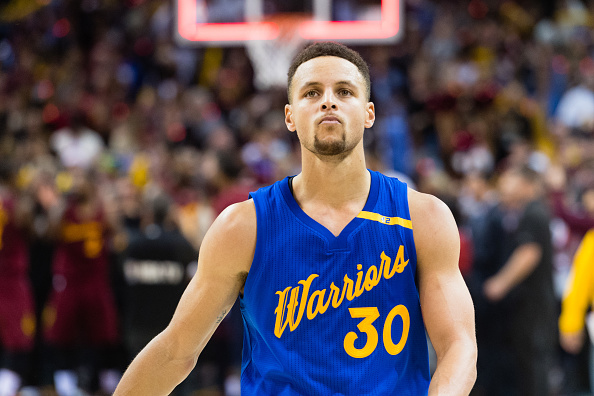 Stephen Curry is arguably the greatest pure shooter in NBA history, yet when it comes to coming up big on Christmas Day, the reigning NBA MVP is surprisingly mediocre.

In a weird happenstance, the Golden State Warriors star has been ice-cold during the NBA’s annual Christmas games. Curry has failed to hit the 20-point mark on Dec. 25, never hitting more than two three-pointers during a match on the date. As is tradition, the three-point marksman once again struggled on Christmas this year.

Against archrivals LeBron James and the Cleveland Cavaliers, Curry turned in one of his worst personal performances of the season, scoring only 15 points on 11 shots, hitting just two three-pointers on seven attempts. The 28-year-old was outscored by every starting teammate besides Zaza Pachulia.

One of the less reported storylines in the NBA so far this season has been Curry’s drop in scoring production. With the addition of Kevin Durant, Curry’s scoring numbers have dipped across the board. He’s only shooting 39 percent from three, which represents the first time he’s been below 42 percent. He’s also seen his scoring average go down by six points, from 30.1 in 2015-16 to 24.1 points per game this season.

That’s not to say Curry has struggled, but his workload has been lightened, as he’s not the MVP of even his own team anymore. Kevin Durant has been the Warriors’ best player.

It might all be a coincidence that Curry has struggled to score on Christmas, but it’s strange for the NBA’s best shooter to put together six consecutive duds on the NBA regular season’s most prominent day. It’s bizarre, but at this point, it looks like a real curse. Curry might need to ask Santa for a little help on Christmas Day next year.