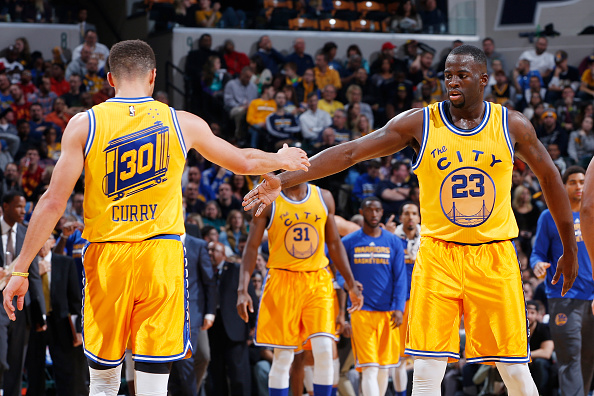 The new NBA season is creeping closer and closer.

Exhibit A: Earlier this week the Westgate Las Vegas Race and Sports Superbook released its over/unders for the 2016-17 NBA season.

We perused the list to see which 10 caught our attention amongst the crowd and would make smart bets. Here’s what we found.

On paper, this looks like a fair and perhaps pessimistic number. The Bulls, after all, won 42 games last year and swapped out an aging and waning Derrick Rose and Joakim Noah for Dwyane Wade, Robin Lopez, and Rajon Rondo. The problem: the Wade-Rondo-Jimmy Butler combination doesn’t mesh. Each of those players needs the ball; none provide much floor spacing. Adding to the issues: Fred Hoiberg has done nothing to show that he’s capable of coaching at the NBA level. Chicago is in no-man’s land, and it wouldn’t surprise me if the entire season went to hell, whether because of injuries or the roster being constructed poorly.

Speaking of likely seasons from hell…sure, if everything goes right for this team — if Rose stays healthy and Noah rediscovers his form and Kristaps Porzingis continues to develop and Jeff Hornacek rids the team of the triangle offense and Carmelo Anthony rediscovers his bounce — then this season in New York could get interesting. Chances of all that actually happening though? Yeah, I wouldn’t bet on it either. 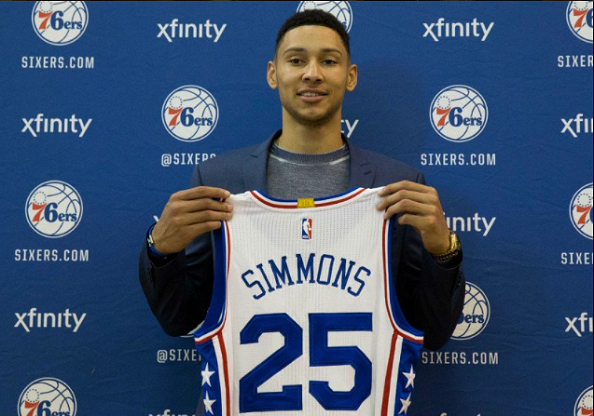 The Sixers won ten games last year (!). Taking the “over” here means assuming that the additions of Ben Simmons, a healthy Joel Embiid and Sergio Rodriguez are worth at least 18 more wins. I love Simmons, and think he’s going to one day be a stud. One day, however, does not mean immediately. An 18-win jump is a lot to ask.

This is one of my favorite “overs.” The Grizzlies won 42 games last year, despite getting just 52 games from Marc Gasol and 56 from Mike Conley. Both are back this year and reportedly healthy. Memphis also added Chandler Parsons to the fold; he might be the best wing player in the franchise’s history. Of course Gasol and Conley and Parsons — no stranger to injuries himself — could all wind up facing health issues, again. But it’s hard to envision that happening to all three. If the Grizzlies stay healthy this is easily a 50-win team. Even if not, Memphis should be able to reach the 45-win mark as long as Gasol and Conley don’t each miss multiple months.

Another “over” I absolutely love. The Hawks might have taken a step back last year, but they still finished the season an impressive 48-34. Do you really expect them to be five-wins worse this year?

Yeah, they lost Al Horford. But Paul Millsap was, quietly, the team’s best player anyway. Also, the addition of Dwight Howard should help the Hawks maintain their elite defense (second in Defensive Rating last season). The starting lineup of Dennis Schröder, Kyle Korver, Kent Bazemore, Millsap and Horford is one of the best in the Eastern Conference. And we know Mike Budenholzer can coach. 44 wins? Atlanta will get they’re easily.

Initially I was torn on this one. If we learned anything from the Miami Heat Big Three it’s that bringing a bunch of stars together doesn’t always lead to immediate success. And we know the Warriors, after coming up short in the Finals and looking fatigued, aren’t going to be chasing a regular season wins record like they did last year.

That said, here’s why I’m bullish on Golden State: they’re bringing back the same team that went 73-9 last year, only they’ve swapped Harrison Barnes for Kevin Durant. I also think the fit here, given everyone’s skillset and the amount of pure shooting the Warriors will have on the court, is better than what we saw in Miami. I don’t expect Golden State to get to 70 wins. But I’d be surprised if they dropped below 65.

Some might disagree, but I expect the James Harden-Mike D’Antonio marriage to be a fruitful one, at least during the regular season. I’d be shocked if the Rockets finished below .500, which is what would have to happen for them to hit this “under.”

Look at it like this: Houston won 41 games last year, with a sulking Dwight Howard and an interim coach no one respected. Howard is now gone, meaning the Rockets will get to play fast, all the time, and let Harden do his thing. 42 wins should be an easy mark for this team to reach.

This is a weird one. On the one hand, we know the Cavaliers don’t exactly take the regular season seriously. Also, LeBron will likely spend the year’s first few months coasting.

So why take the “over” here?

For one, Cleveland will now play a full season with a coach that the players respect. Don’t underestimate that. Also, all that pressure and all those questions that were constantly being directed at Kevin Love and Kyrie Irving, yeah, those won’t exist anymore now that the Cavs are champs. Given all that, and the talent on this roster, and Kyrie being healthy, and the general state of the Eastern Conference, I’d be surprised if the Cavalier didn’t approach 60 wins, even if they’re not gunning for that number.

I just don’t see it. The good news for the Magic is what we know they’ll be really strong on defense. Frank Vogel’s teams always are, and Serge Ibaka should bolster the unit on that end as well. What I’m worried about is the offense. Vogel has done nothing in his career to show that he can coax efficient scoring out of a team and now he no longer has Paul George.

What he does have is a strange roster, one full of limited power forwards and short on capable guards. Vogel’s point guard is Elfrid Payton, a nice player but also one incapable of burying a jumper outside of the foul line. Vogel will also have to figure out ways to keep juggle minutes for Ibaka, Aaron Gordon, Jeff Green, Nikola Vucevic and Bismack Biyombo without angering any of them. If this were the ’90s, this would be a roster to get excited about. In today’s NBA, not so much.

With the Sixers officially trying to win games again the title for Worst Team is now up for grabs. Get excited, Nets fans. Brooklyn won just 21 games last year — and then lost Joe Johnson midway through the season and Thaddeus Young to free agency. If Brook Lopez gets hurt — always a strong possibility — this team could struggle to reach 15 wins. Even if he’s healthy I don’t think the addition of Jeremy Lin is going to be solving anything.