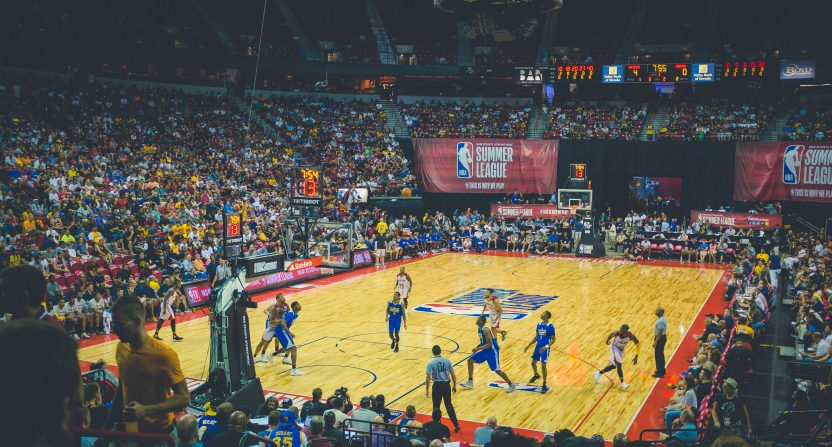 There are so many memorable moments from the last 12 months in professional basketball, from individual performances to outstanding comebacks; there are the unexpected winners and the crowning of the NBA champions too. With plenty still to come in 2022, we wanted to make sure you don’t forget some of the moments we’ve already seen.Do you recall Zion Williamson’s putting himself alongside some of the greats of the game by breaking Michael Jordan’s record of being the youngest player to hit 2000 points? Or the LA Clippers being unfortunate enough to have the largest halftime deficit in almost 70 years when they were 27-77 down against the Mavericks?While they were certainly worth thinking about, let’s head right into it and look at some of THE moments of magic from across the NBA in 2021:
Giannis Antetokounmpo – Came of age

In the NBA finals against the Suns, the ‘Greek Freak’ as he’s affectionately nicknamed, showed all of his talents to help the Bucks take their first NBA title in 40 years. We couldn’t pick just one moment, so if it was his game-winning block on Deandre Ayton in game four, or his 50-point game in game six that helped clinch the title, they’re both worthy of being on this list. It came as no surprise when he was named finals MVP, as reported by Forbes, who said it was one of the greatest finals performances of all time.Steph Curry – A record breaker

If The Warriors already had one of the best players seen in the NBA for many years, he was to cement his place as one of the best EVER in 2021. Curry continues to be almost unstoppable and again has the Warriors installed as one of the favorites for the Championship in the latest basketball odds listed by Coral. The moment of the last 12 months came mid-December Curry sealed his name in history when he scored his 2,974th 3-pointer in Golden State’s win over the Knicks at Madison Square Garden to beat Ray Allen’s record, which was set in 2014.DeMar DeRozan – Bulls sharpen their horns

Although this happened off the court, the impact that DeRozan has had on the Bulls cannot be ignored. It has been an absolute masterstroke for the Bulls; the four-time NBA All-Star moved from the Spurs to the Windy City and has given them the step up they needed to be a true playoff contender. His experience has driven forward the previously unfancied team, and they’re now in with a shout of a first NBA Championship in almost 25 years.Anthony Edwards – The dunk that shook the planet!

When the Timberwolves guard took control of the ball on the sideline on the left side of the court against the Raptors, no one thought they would see what came next. He just attacked the basket, and, well, let’s say it didn’t matter who was in his way because no one would stop him. He almost stomped all over the Raptor’s Yuta Watanabe to slam the ball home with such ferocity you could almost hear it miles away! Georgia’s first-round draft pick had announced his arrival in the NBA, and some. Unbelievable!!