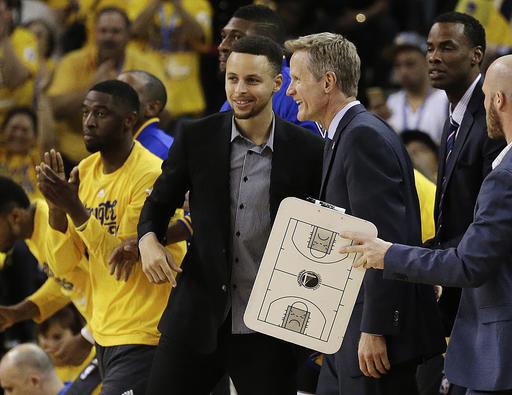 As the 2016 Golden State Warriors’ season unfolded, the optimism always had one caveat. A significant injury to Steph Curry would mean all bets were off.

Any other injury, even one as damaging as the ankle sprain that cost Andre Iguodala 17 games late in the season, could be dealt with. Take Curry off the floor for any appreciable length of time, however, and any hope of a 73-win season and and NBA championship were out the window.

It’s a little early to tell if that’s what we have going on now, but let’s just say it’s in the field of possibilities.

Monday night, Steve Kerr admitted that he didn’t really understand the nature of the problem, and when he tried to describe what was going on, what popped into my head was “Bill Walton.” 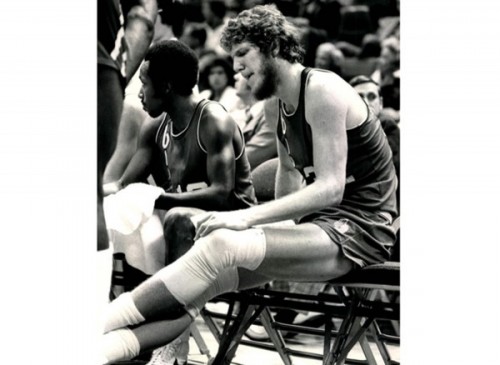 For those of you who only know Walton as an NBA commentator and Luke’s dad, his incredibly promising NBA career was altered significantly by foot problems that never really went away. Accordingly, the balance of NBA power was dramatically reshaped over the next 15 years.

Walton’s Portland team was in position to dominate the NBA for years, but when Walton was injured late in the 1978 season, a likely repeat championship ceased to be a possibility. That was the short-term effect for the Blazers and the league. The longer-term result was that the Los Angeles Lakers were able to take complete control of the Western Conference throughout the 1980s. Portland could have been that team with a healthy Walton under the guidance of the brilliant Jack Ramsay.

It’s a chilling recollection in light of Kerr’s postgame presser.

If Steph Curry is felled by a more significant injury in the future, the same dramatic ripple effects which struck down the Portland franchise in 1978 could emerge in Oakland. It’s something no Warrior fan can stomach, but Kerr’s remarks certainly brought those kinds of nightmares to the surface.

Yes, while Steph’s condition received so much publicity in the hours leading up to tip-off, there was a game to be played in Oracle Arena. The Warriors beat the Rockets Monday night without Curry and without much difficulty, and I expect they’ll do the same Thursday and Sunday in Houston.

I don’t see any reason to play Curry again in this series, even if Golden State somehow drops a game. The Warriors seem to have figured out the key to beating Houston, as they’ve now done it 14 of the last 15 times they’ve played.

That key is to keep James Harden off the free throw line, which actually is easier than you’d think. Don’t reach when he’s dribbling, and you’re most of the way there.

The Warriors somehow forgot that in the first half of Game 2, much to Kerr’s chagrin, and Harden’s 12-of-13 free throws kept the Rockets close. I’m not sure how Kerr got the message across at halftime, but Harden made only one more trip to the line, halfway through the fourth quarter. Immediately after his free throws, the Warriors went on a 13-4 run that stretched their lead to 15 and pretty much salted away the win.

In every interview leading up to Game 2, the Warrior players made it clear that one man would not — could not — replace Curry. Unlike most pre-game hyperbole, this turned out to be true. Klay Thompson and Draymond Green were tremendous on both ends of the floor, and Andrew Bogut completely erased any sign of Dwight Howard from the event. Shaun Livingston, whom I expect you’re going to start hearing a lot about this week, started in Curry’s place and ran the offense with calm efficiency, to the point where Kerr played the veteran too many minutes. Livingston’s age and injury history require him to be a 30-minute guy, and he played 18 in the first half.

As hard as it is to single out one player, I have to say that without the contribution from Andre Iguodala, this victory would have been much more difficult and maybe even impossible. Late in the first quarter, with the Warriors struggling to find offense, Iguodala came off the bench and hit all three of his 3-point attempts. Even with that, the Warriors only led by three at the quarter, so you can see how important those makes were.

Iguodala also ran the point when Livingston was getting his prescribed rest; he guarded Harden whenever he was in there; and on a larger level, he did what he always does, which is keep the second unit focused. Tuesday morning the Warriors learned that Iggy finished second in the NBA Sixth Man Award voting, which only shows that the voters weren’t paying attention to the Warriors while he was out with an injury. The Warriors won most of those games, but they were all difficult victories in which Curry had to play in the fourth quarter. The common thread? Iguodala wasn’t there to hold things together when Curry was resting on the bench.

He definitely held the team together on Monday in Curry’s absence.

Pivoting away from Iguodala and back to Steph’s absence, consider this point made by Marcus Thompson of the Bay Area Newspaper Group:

How many DPOY votes did Curry get?

It’s easy to forget that Curry led the NBA in steals, and has made a quantum leap in terms of improving his defense the past two years. Steph’s development in that facet of play has been as dramatic as his improvement on offense. It’s just been more quiet. The Warriors managed to win in Game 2 despite losing a player whose impact is hard to quantify on both ends of the floor, not just one.

Warriors fans won’t want to hear this, but Curry’s mysterious foot ailment — recalling the ghosts of Bill Walton and also Grant Hill, whom Kerr referenced in his remarks — may be just what the doctor ordered for the NBA. With Steph healthy, I believe the playoffs would have been a coronation, but with his availability in question, the Warriors are going to have to dig deep every night to replace those points.

Even against the Rockets.