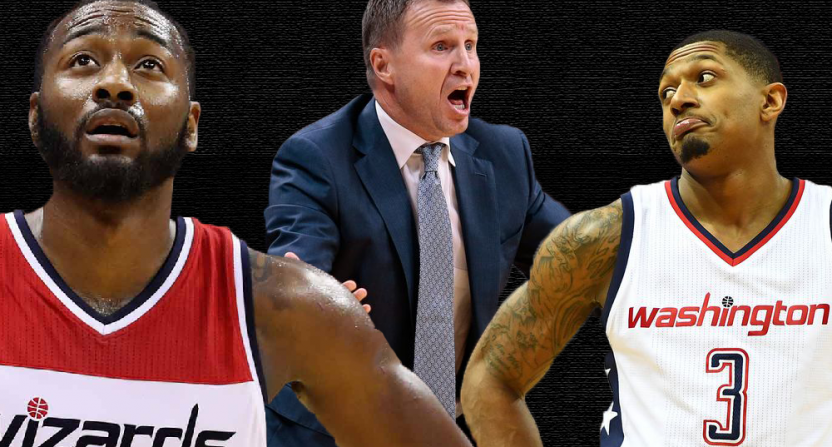 In 2009, the Golden State Warriors drafted Steph Curry with the 7th overall pick. They sputtered along for a few years near the bottom of the Western Conference. In 2011, they drafted Klay Thompson. In 2012, they drafted Draymond Green in the second round. That year, the team’s fortunes also started to turn around, making the playoffs for the first time in six seasons. The team followed that up with an even better record in 2013. In the 2014-2015 season, everything came together. With Steve Kerr at the helm in his first season, the franchise came alive, finishing 67-15 and winning the NBA Title over LeBron James’ Cleveland Cavaliers. They returned to the Finals the following season and then, as good as they were, they added Kevin Durant to the roster and rattled off two more NBA Championships with a potential fourth one coming this season.

The Warriors make it all look pretty easy but, in fact, it’s anything but. It’s money and smart leadership and talent and good coaching and lots and lots of luck (imagine if the Timberwolves took Curry instead of Jonny Flynn in that 2009 NBA Draft?). All of this is to say that for every dynasty of NBA teams like the Golden State Warriors, there are a dozen dynastic eras that never fulfilled their potential and come away feeling like a gigantic wasted opportunity.

Carmelo’s run with the Knicks. Derrick Rose’s run with the Bulls. The many teams whose legacies were squashed by Jordan’s Bulls (Dominique’s Hawks, Ewing’s Knicks).

And most certainly, we’re going to put the Washington Wizards of the 2010s into that category as well.

While the Warriors were stockpiling talent and building their case, the Wizards appeared to be doing some similar. They drafted John Wall in 2010 and then Bradley Beal in 2013, creating what appeared to be one of the most dominating backcourts the NBA would come to know in the years ahead. The team’s fortunes turned around in the 2013-2014 season, a year ahead of the Warriors, and they made it to the Conference Semifinals. They would so again the following season. And then two seasons after that, in a year in which they won their division and entered the Eastern Conference Playoffs as the fourth seed.

But whereas the Cavaliers, Raptors, and Celtics around them were blossoming, the Wizards seemed to have hit their wall (no pun intended) and started to backslide. They lost in the first round last season and they currently find themselves at 5-11. While it’s early goings, there’s also a dysfunction that’s gripped the team in a way that signals to just about everyone that we’ve passed the point where this era can be salvaged and it’s time for a new one to begin.

Story filed to ESPN: The Wizards fined All-Star John Wall for unloading a verbal barrage onto coach Scott Brooks in a recent practice. After Wall and his teammates had been challenged to raise intensity in that session, Wall fired back with "F— you," to Brooks. Story soon.

On Saturday, the #Wizards had this heated practice in which Bradley Beal and Austin Rivers had a verbal altercation.

Beal grew heated and gestured toward Pres Ernie Grunfeld, and said something along the lines 'It starts at the top.'

And so it goes. These Wizards were an era. Not one that will be remembered for championships or awards or even large sums of success. Most likely, they won’t be remembered at all. History loves winners. Steph’s Golden State Warriors and LeBron’s Cavs will be remembered. Sadly, John Wall will likely be remembered more for off-the-court antics and for a certain sports talk host’s penchant for thinly-veiled racist shots at him.

There are plenty of valid reasons why the Wizards went one way and the Warriors went another way but at the end of the day, that’s how sports work. You can only have one champion, you can only have so many good teams, and you can all only be good for so long (just ask the Warriors, who might be staring at this realization soon). The Wizards got their shot and it just never quite came together as they hoped. It’s time to blow the whole thing up and start fresh. In fact, it’s probably past time.