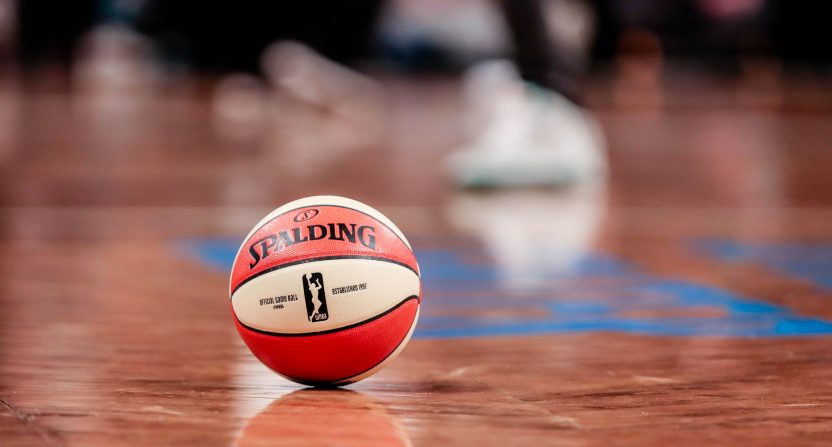 While Major League Baseball continues to frustrate its players with season proposals that include significant pay cuts and has gotten the negotiations pretty much nowhere, the WNBA has reportedly made huge progress with a follow-up proposal for its players.

ESPN’s Mechelle Voepel reports that the WNBA has made a 2020 season proposal to the players “that will include 100% of their salaries.”

The WNBA has submitted a proposal to its players for the 2020 season that will include 100% of their salaries, multiple sources told ESPN.

The players will vote on the offer over the next two days. If there is agreement, the formal announcement could come Monday.

The WNBA’s original proposal to players on June 4 included the players receiving 60% of their salaries, which the players rejected. Going from 60% to 100% of salaries in just a week is pretty incredible progress with the negotiations.

An agent told ESPN that “it’s a very good proposal for the players,” and — while there are of course health concerns with the COVID-19 pandemic — “the majority of players want to play.”

“It’s a very good proposal for the players, especially in comparison to other sports leagues,” one longtime WNBA agent told ESPN. “No one will criticize anyone who doesn’t want to play. But the majority of players definitely want to play. And they appreciate the work that’s been done by the league, the union and the executive committee to get to this proposal.”

The proposal is for a 22-game season beginning July 24 at the IMG Academy in Bradenton, FL, and would include a standard playoff format that would conclude in October. Before the pandemic shut things down, the WNBA was set to have a 36-game season that would’ve started on May 15

The plan would include COVID-19 testing for all of the players, coaches, etc after arriving at the site, and would continue throughout their stay.

So, the players would still need to approve the deal, but this appears to be about as good of a proposal as they could hope for right now, all things considered. And it’s a great opportunity for the WNBA to get some exposure with people starved for sports amid the pandemic.

UPDATE: The WNBA reached agreement with the players’ union on Monday for a 2020 season.

The WNBA announces plan to tip off 2020 season.