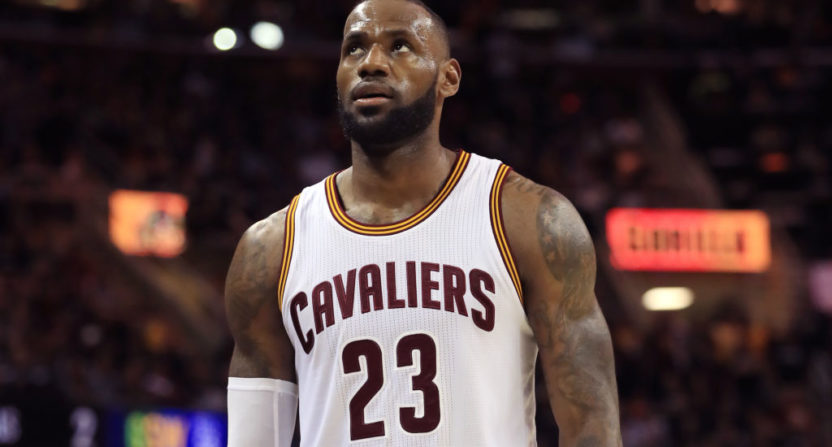 LeBron James chose to opt out of his contract with the Cleveland Cavaliers to become an unrestricted free agent on Sunday.

Bovada’s most recent odds have the Los Angeles Lakers as the favorites to sign LeBron, followed by the Cavs.

Updated odds on which team LeBron James will be on for the first game of the 2018-19 NBA season (Bovada):

And BetOnline gives the Cavs a 28% chance to keep the three-time NBA Finals MVP:

LeBron next season? (via @betonline_ag)

So, while the Cavs are one of the favorites to sign LeBron, it’s still likely he’s playing somewhere else.

And TUMS is prepared to help out Cavs fans if LeBron indeed signs with another team.

TUMS will bring free heartburn medicine to fans at the first Cleveland home game of the 2018-19 NBA season if LeBron signs somewhere else. Here’s a press release from TUMS, via Cleveland.Com:

“Hey Cleveland, is the basketball free agency mania triggering heartburn? TUMS feels your pain and will deliver free TUMS at the first home game of next season if your star decides to take his talents to another team,” said TUMS Brand Manager Valeria Saccol. “TUMS may not be able to convince him to stay in The Land, but at least we can provide heartburn relief for fans who need it.”

Cleveland sports fans could use such a promotion for every Browns game as well.