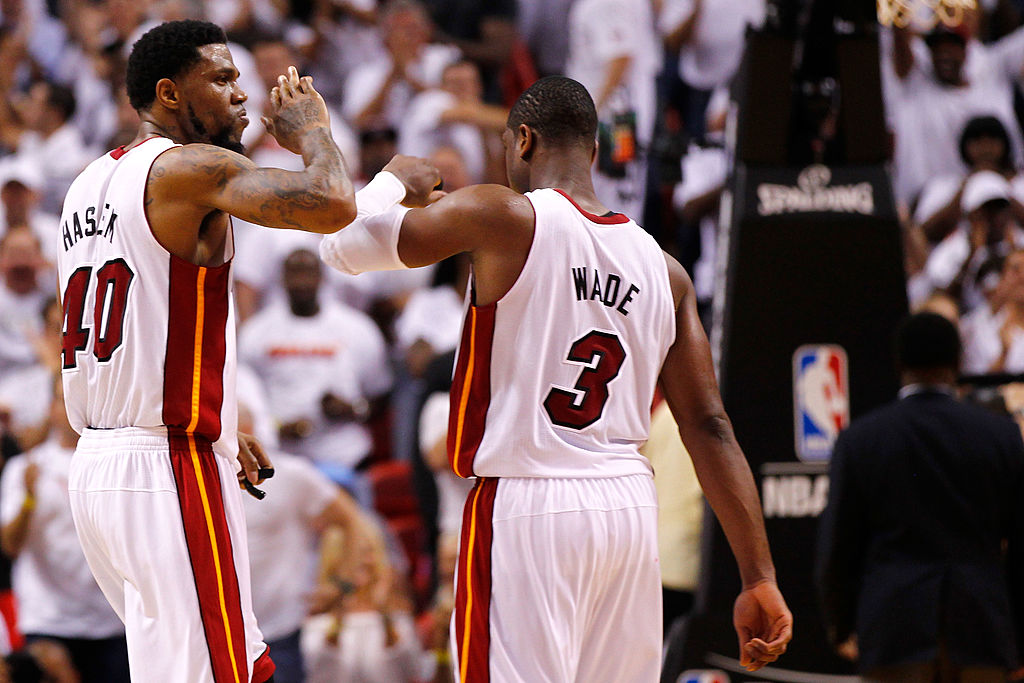 The days of great players staying with one team for the majority of their careers appears to be well and over, and the latest example of that was the move of Dwyane Wade from the Miami Heat to the Chicago Bulls.

After 13 years in Miami, Wade picked up and left to for a slightly larger two-year deal with his hometown team. It was a move that long-time Miami Heat captain Udonis Haslem regrets not being able to stop from happening.

Instead, it appears that a contentious negotiation for a new deal with Heat president Pat Riley may have been the ultimate tipping point in sending Wade back home to Chicago.

For his part, Wade talked about how difficult the negotiations were with his friend and long-time mentor with the Heat.

“It’s going to be a lot of stuff said about me and Pat. First of all, I love Pat. He has a job to do. He has a different hat to wear,” Wade told reporters at his youth basketball camp in downtown Miami. “That hat sometimes is not to be my best friend. That hat is to be the president of the organization and to be a businessman, and that sucks.

“You love each other, but the business side comes out, and you have to deal with it.”

The loss of Wade leaves Haslem as the only remaining player on the Heat roster from all three championship teams (2006, 2012, and 2013). It was frustrating for Haslem to see his friend and teammate leave, but a move he understood was likely based on how things played out in the week leading up to Wade’s decision.

Haslem jokingly thought about making a move like the players of the Los Angeles Clippers did to DeAndre Jordan after he agreed to join the Dallas Mavericks before backing out and staying with the Clippers.

“In hindsight, I don’t know, I think I should have come in and pulled a Chris Paul and handcuffed him like they did DeAndre Jordan and made him change his mind,” Haslem said. “I don’t know if there was anything I could have done or should have done. But I felt like it could have been avoided. For whatever reason, it just wasn’t.”

Ironically, the money that was set aside for Wade’s return may have allowed Haslem to return to the team on a one-year deal. It also helped to add a whole lot of options to the roster with the likes of Derrick Williams, Wayne Ellington, Willie Reed, and Tyler Johnson all signing in free agency.

With Wade’s departure the Heat now face a team without any of its big three that led it to back-to-back championships in the early part of this decade for the first time and arguably the most unrecognizable roster in the NBA.