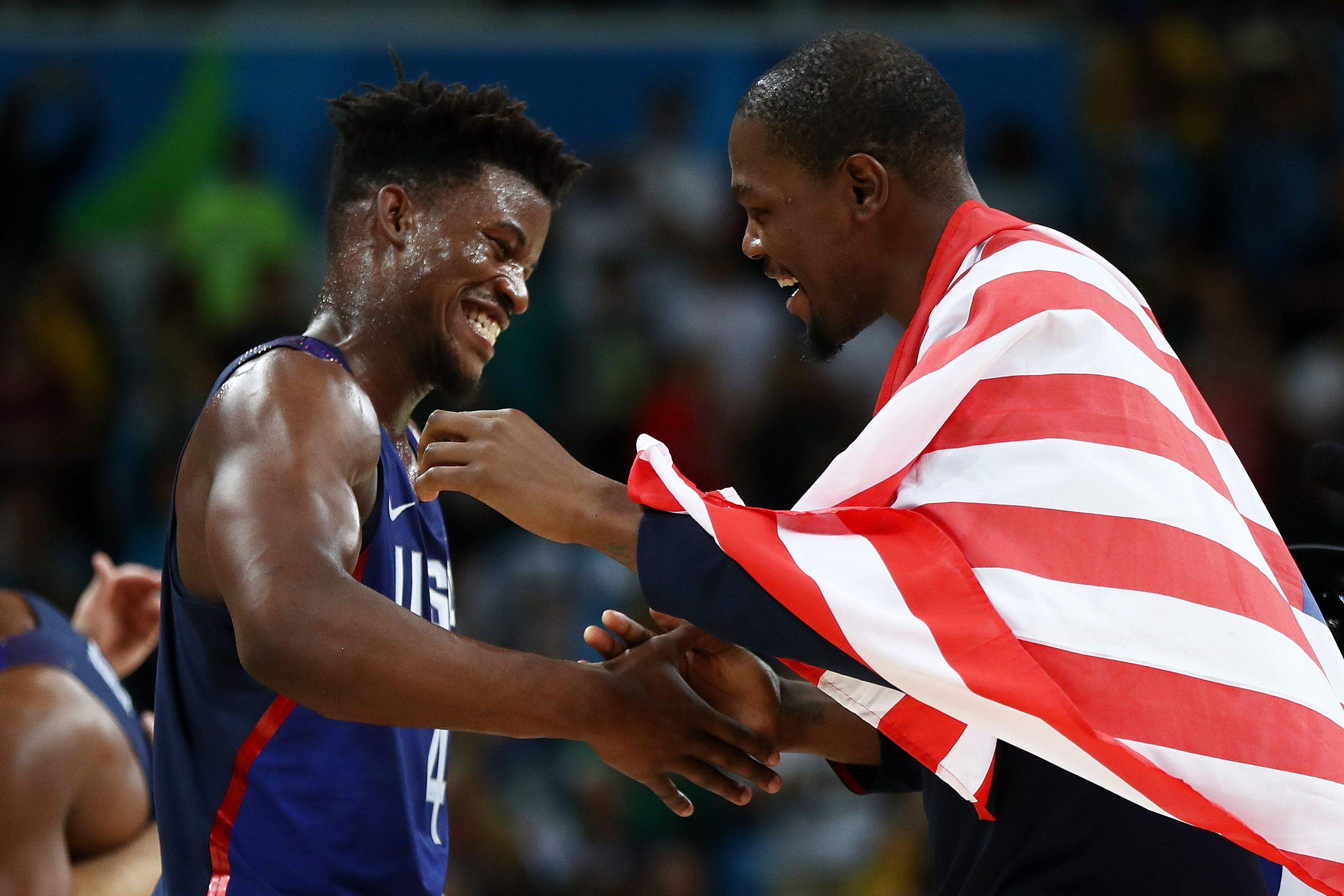 Team USA men’s basketball was able to finish their mission of Olympic gold on Sunday afternoon in Rio, as they took down Serbia 96-66.

The United States got off to a sloppy start offensively. Despite this, the defense came out with good energy and looked as good as it ever had over the span of the Olympics, especially when Paul George and Kyle Lowry stepped out on the floor later in the quarter.

George and Lowry were hustling for every rebound, every steal, and playing some great help defense, giving the United States their first lead with less than a minute, at 16-14. Despite a bad shooting first quarter, just 7-of-20 from the field, the United States took a 19-15 lead going into the second quarter.

The second quarter was a thing of beauty in every aspect. Defensively, everybody on the floor at any given moment got involved. George and Lowry continued to lead the way, but we saw great plays from DeMarcus Cousins, as well as Kevin Durant, who had a steal that led to a thunderous dunk. Durant put on a show offensively in the quarter, scoring in every way possible. Whether he was pulling deep 3-pointers, or crossing up Serbian defenders on his way to the basket, Durant was in control. He finished the half with 24 points to lead Team USA.

In the second half, the United States was able to keep the same motor, as Serbia clearly looked defeated both mentally and physically. The United States was locked in, and you could see the hunger in their play, wanting to make sure they not only won, but did so in dominating fashion. Team USA did just that, completing their ultimate goal of Olympic gold.

Kevin Durant would finish the game with 30 points on 10-of-19 shooting from the field, including 5-of-11 from 3-point range. DeMarcus Cousins also had a great game for the United States with a double-double, scoring 13 points and coming down with 15 rebounds.

Of course, the Team USA story isn’t complete if you don’t talk about Paul George. The Indiana Pacers star had one of the more horrific injuries you’ll ever see on a basketball floor during the USA Basketball showcase back on August 1, 2014. George missed 76 games of the following NBA season but was able to make his way back to the floor despite the leg break.

He had just nine points Sunday for Team USA, but his presence on the floor was huge for the team, and he’s been one of the better players for the United States since they’ve been in Rio. His energy on both ends of the floor is booming and non-stop, often uplifting the teammates around him on the floor at any given time. To see George get his gold medal and come out on top in international play is truly a great story.

The game also sends Carmelo Anthony out the right way. Anthony has had one of the most illustrious international careers of any U.S. men’s basketball players ever. Anthony was choked up in his postgame interview, and said that this would be the end of his Olympic career, and a 30-point win in the gold medal game is the best way to go out.

While they weren’t perfect as many (unreasonably) expected, this was a fun team to watch during the summer. We’re all truly lucky to have an abundance of talent in the world’s greatest basketball league, and it’s great to see them come together every four years to showcase their talents to the world.