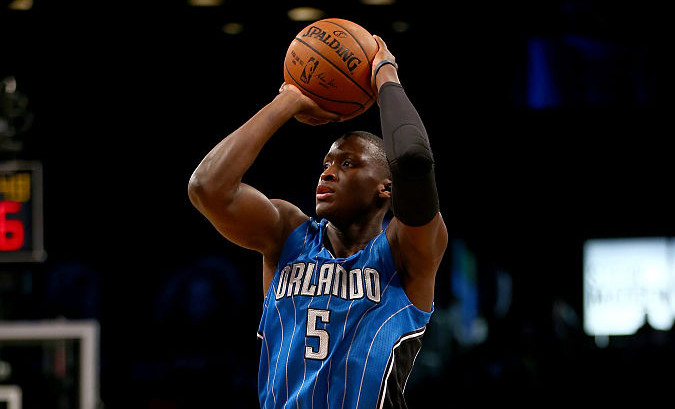 If you thought the national anthem protesting was just going to be a football thing, think again. Victor Oladipo of the Oklahoma City Thunder says you should count on seeing any number of NBA players following in Colin Kaepernick’s footsteps this basketball season.

Complex interviewed Oladipo, and when the possibility of an anthem protest came up, his answer was unwavering.

“Oh, no question. I truly believe it will. Because at the end of the day it’s a sport, and people are gonna be looking at some guys in the NBA to see what they’re gonna do as well. At the end of the day you just control what you can control, so your opinion is your opinion, that’s the beauty of the United States, so, do whatever you feel is best that will help you do whatever you believe.”

Oladipo said he has not discussed the possibility with his new teammates in Oklahoma City (he was traded by Orlando this summer), nor did he say if he would be a player who chooses to sit or take a knee during the pregame national anthem this season.

Regardless of what happens during the NBA season, this will hardly be the first time this issue has popped up on the hardcourt. In 1996, Mahmoud Abdul-Rauf of the Denver Nuggets refused to stand for the national anthem due to his beliefs the flag of the United States stood for oppression, similar to Kaepernick’s protest today. Back then, the NBA suspended Abdul-Rauf for one game, which led to the league and player making a compromise in which he would stand but look down and recite a prayer during the national anthem.

All these years later, and with the attention given to players protesting during the national anthem, how the NBA responds this time around should it pop up on their watch will be worth paying close attention to. The times have changed since 1996, and you would like to think we have evolved on a number of issues.

NBA players have also taken the initiative and the lead in promoting awareness for various social injustices in our country. The NFL has not threatened any suspensions or fines to players choosing to sit during the national anthem this season. Would the NBA respond in similar fashion this time around, 20 years later?