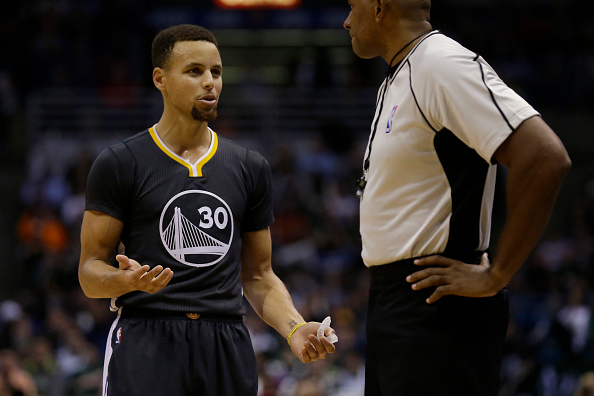 It’s understandable if you haven’t noticed. Few have. That’s what happens when the defending champs return the following season looking even more prolific, and when their best player, who also happens to be the reigning MVP, returns with even more tricks in his bag.

24 straight wins to open the season, an NBA record, will make it hard for anyone else to get some shine. Even LeBron James’ quest to deliver the Cleveland its first ever NBA title has seemed trivial. The Kings could have spent the season’s first month trotting out a rotation of topless models and realizing Vivek Ranadive’s dream of playing 4-on-5 and the Warriors still would have out-rated them.

But if you allow yourself just moment’s break from watching highlights of Curry conjuring magic and glance an inch or two down the league standings page you’ll see why the Golden State’s 108-95 loss Saturday night in Milwaukee might not have been such a bad thing after all.

Remember that collection of future Hall of Famers located down in San Antonio, the group of champions that have spent the past, oh, 17 years basically neglecting the regular season and yet still running circles around the rest of the league? The White Walkers of the NBA?

Yeah, well they’re 20-5 and have league’s fourth-ranked offense (despite their most talented offensive player, offseason signee LaMarcus Aldridge, not being fully integrated yet) and have one of the league’s top two-way players and are also defending better than they ever have.

Right now the Spurs’ defense is holding opponents to an anemic 91.9 points per 100 possessions, by far the lowest number in the league. The No. 2 ranked Heat is actually closer to the No. 12 Raptors than it is to San Antonio. One more number for you: if the Spurs continue defending at this pace they’ll finish with the league’s lowest defensive efficiency number since 2008.

Of course, defense is never as fun as offense. Clips of Tim Duncan subtly walling off the paint don’t get turned into Vines and shared with friends. Everyone finds it more enjoyable watching Steph Curry snake through the paint than Kawhi Leonard hounding passing lanes with his oven mitt-sized hands. Even basketball nerds. 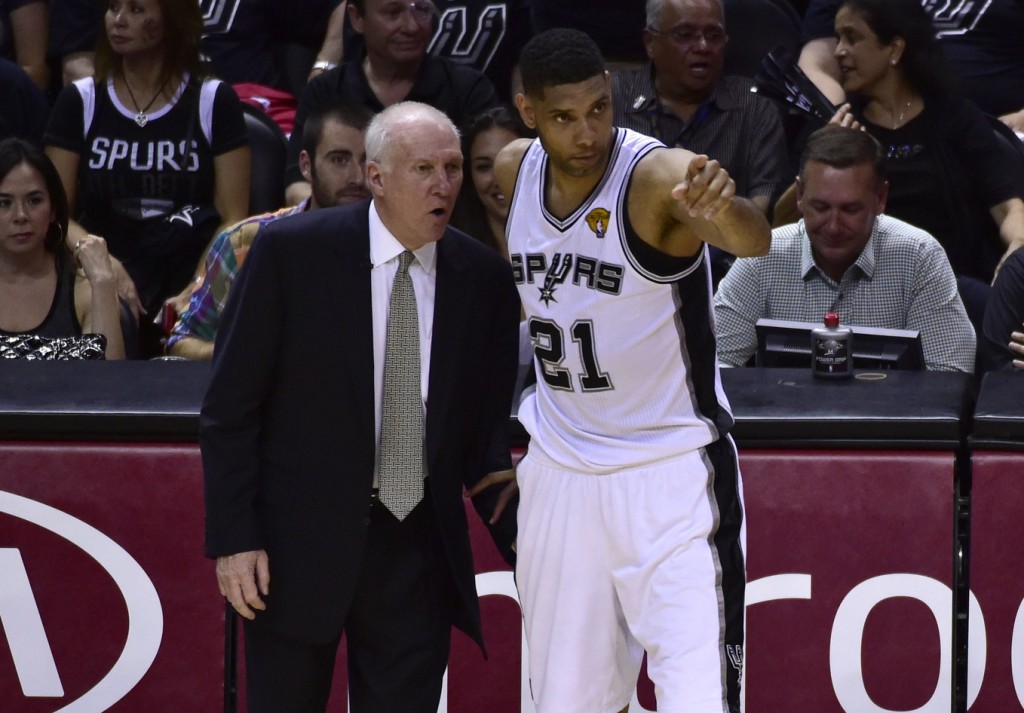 Here’s the thing, though: if you take wins and losses out of the equation — not as silly a hypothetical as it sounds, especially this early in the season — and really look at the data in front of you you’ll see there’s not much separating the Warriors and the Spurs. The main difference between the two: one is emptying its tank every night. The other, meanwhile, rarely pushes down on the gas.

Four Warriors starters are playing more than 30 minutes a night (Curry, Draymond Green, Thompson, Barnes). San Antonio, on the other hand, is continuing its trend of keeping Tim Duncan (26.9 minutes per game), Tony Parker (27) and Manu Ginobili (20) swaddled in bubble wrap. Even the 30-year-old Aldridge is being held under 30 minutes a night. The only one not being capped is Leonard (33.4), who must have sent Pop a sour bottle of red over the offseason and is now reaping the punishments.

So here’s what we got: two teams, both of which are winning tons of games and both of which fall under the category of legitimate championship contenders. One, however, has been pushing its players as far as they could go. The other, keenly aware of the tedious length of the regular season, is keeping its core nice and fresh. 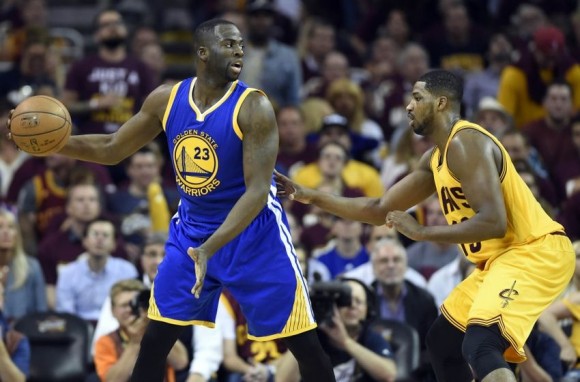 Take Saturday night, for example, the night the streak came to an end. The Warriors were coming off a double-overtime win in Boston. They flew to Milwaukee afterwards, landed at God knows what hour, maybe caught a little sleep and just like that it was time to suit up for a second game in a 24-hour stretch.

Had the Spurs been in the same situation we could safely assume that half the starting lineup would have been watching the game from the bench and assigned a “DNP-OLD.” Instead the Warriors and interim head coach Luke Walton sent Curry and Green and Andre Iguodala back out there despite all three playing more than 43 minutes the night before.

It’s not that Walton was wrong for doing so. When teams have a chance at history they should go for it. Also, the edge that the Warriors have come out with this season is certainly preferable to the auto pilot we often see from defending champs. Keeping that flame going is, no doubt, one of Walton (and Steve Kerr’s) chief concerns.

But sometimes a loss can be a liberating thing. At least that’s how the Warriors should view their first defeat. The shackles of an undefeated record are no longer there. It’s time for Golden State to begin emulating the team hot on its tail and giving its players some nights off.

Breaking the Bulls record of 72 regular season wins would be sweet. But winning a second-straight title would be even sweeter. The only way the Warriors will get there is if their healthy and spry come June. The only way that will happen is if they stop treating every game like it’s a playoff battle.