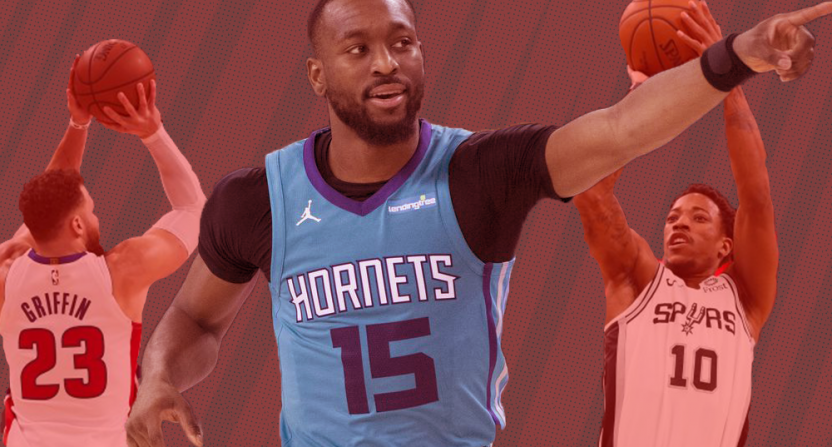 As we approach the halfway point to the NBA season, it’s becoming clearer every day which teams are contenders and which are not. Some teams, however, are sticking in the playoff race despite overwhelming issues that need to be addressed. Here are five teams on the playoff bubble who need to address glaring roster problems if they want to be a legit contender.

Detroit has stayed in the playoff hunt largely thanks to the all-around performance of power forward Blake Griffin and getting a career-year from center Andre Drummond. While the Pistons bigs have been producing, the team’s Achilles heel has been their putrid three-point shooting.

The Pistons rank 29th in the NBA, shooting just 32.5%from long range, largely thanks to Ish Smith (32%), Stanley Johnson (30% on nearly five attempts per game), and Glenn Robinson III (29%). Shooting guard Luke Kennard has shot the lights out since returning from injury, but Detroit would benefit from bringing in someone could space the floor. Without sufficient three point-shooting, the Pistons are setting themselves up to an easy out in the playoffs.

After winning only 22 games in 2017-18, the Grizzlies have gotten off to a surprising start the West. Center Marc Gasol and point guard Mike Conley Jr. are healthy again, and both are starring alongside talented rookie power forward Jaren Jackson Jr. Offseason additions shooting guard Garrett Temple and small forward Kyle Anderson have zigged when the rest of the NBA zagged, and the team has thrived while playing a slower, grit-and-grind style.

What’s hurt the Grizzlies early is the team’s lack of rebounding. Memphis ranks dead last in the NBA, pulling in 39.6 rebounds per game while sitting second last in offensive rebounds at 7.6 per game. GM Chris Wallace has tried to address this, signing former Knicks center Joakim Noah midseason, but additional help is still needed. If the Grizz are still contenders a month from now, pulling the trigger on a deal for a center like Cleveland’s Tristan Thompson or New York’s Enes Kanter would make a boatload of sense.

When Houston brought in Carmelo Anthony this offseason, it seemed like he would give the Rockets a consistent, high-volume scorer off the bench. Fast-forward to now, Carmelo has been let go and the team’s bench is the lowest-scoring in the NBA.

Houston ranks last in the NBA in bench scoring, averaging 27.6 points per game. Most of the offseason acquisitions by GM Daryl Morey have almost all failed to pan out. Carmelo is gone, forward Marquiss Chriss and point guard Michael Carter-Williams have earned regular DNPs, and shooting guard Eric Gordon now plays with the starters, meaning the likes of Danuel House Jr. and Gary Clark have received regular minutes. It’s clear the Rockets need to bring in help stat, because the drop off from starters to bench players is staggering talent-wise. No true contender can have a bench this bad.

Charlotte’s early season results have been a mixed bag, and All-Star point guard Kemba Walker has kept the team in the hunt with his tenacious scoring. While the Hornets have split up scoring pretty fairly across the roster (12 players average more than five points per game), they still desperately need another All-Star to pair with Kemba.

The Hornets are in a hellish cap situation, with more than $80 million per season this season and next being committed to forwards Nicholas Batum, Bismack Biyombo (traded), Marvin Williams, Cody Zeller, and Michael Kidd-Gilchrist. None of those guys can play the number two role behind Walker, and Charlotte would be wise to try to go after someone like Bulls forward Jabari Parker, who can score but has a bad contract that can be matched. Charlotte isn’t going anywhere unless Walker gets more help. Making matters worse, Walker’s a UFA at season’s end, and it’s time for Charlotte to give him a reason to stick around.

Here’s a stat sure to surprise: the San Antonio Spurs are the best three-point shooting team in the NBA. So, what’s the problem? Gregg Popovich’s squad takes the fewest attempts from deep in the NBA.

It’s inevitable a team with DeMar DeRozan, Rudy Gay, and LaMarcus Aldridge is going to take a ton of long twos, but the Spurs would benefit from stretching the floor a bit more and upping their three-point attempts. The Spurs are shooting an NBA-best 38.9% from three on an NBA-lowest 23.9 point attempts per game. 73% of the Spurs shots have come from inside the three-point arc, where they’ve hit just 49.9% of their attempts, the 24th-worst rate in the league.

Clearly, San Antonio can shoot from distance, they just don’t do it enough. It’ll be an uphill battle for the Spurs to contend without taking enough threes, and they really need to shoot more from beyond the arc.