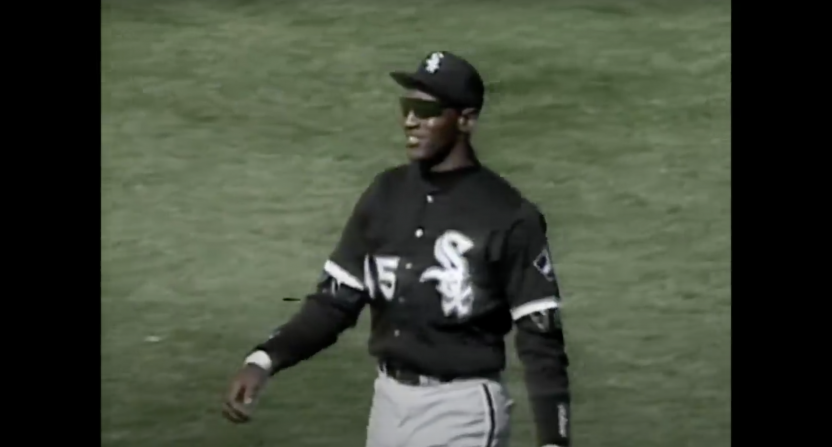 NBAOriginalsBy Phillip Bupp on May 8, 2020

The “butterfly effect” is when even a small change could result in larger changes in the future. Sports are no exception to that phenomenon. There have been so many monumental, history-defining moments in sports, but if some of those moments hadn’t happened or if their outcome had been different, our view of sports as we know it may be vastly different. “What if…” looks at some of these big moments and speculates on how that sport, or maybe sports in general, may look if the outcome had been different. Last week took a look at Super Bowl III and wondered if the Jets had lost that game. This week — in coordination with this weekend’s episode of The Last Dance — it’s about Michael Jordan’s first retirement, and wondering what would have happened had MJ not retired to play baseball.

The Chicago Bulls were well within their dynasty in 1993. As The Last Dance has detailed so far, the Bulls were in the midst of their first three-peat.

After suffering three consecutive Eastern Conference Finals defeats to the Detroit Pistons, the Bulls prevailed in 1991 to sweep the Pistons before winning their first title against the Lakers. The next year, the Bulls repeated their winning ways by dominating the Eastern Conference and defeating the Portland Trail Blazers in six. And in 1993, the Bulls defeated the Phoenix Suns in six to become the first team since Red Auerbach’s Boston Celtics to win three championships in a row.

After winning three straight titles, Michael Jordan was feeling burned out. Reports of Jordan gambling in Atlantic City during the NBA playoffs and betting millions on the golf course led many to believe he had a gambling problem. It was one of the first times the microscope was placed on Jordan and the things he did off the court.

As a result, Jordan noted that he “didn’t have anything else to prove,” and along with a loss of desire, he announced his retirement from basketball at the age of 30. The thought of the greatest basketball player retiring right as he was entering his prime was unthinkable to many. Just the thought of that happening today would’ve shut down Twitter for a week.

While away from basketball, Jordan decided to play baseball. Jordan remained part of a Jerry Reinsdorf-owned organization by playing Double-A ball in the Chicago White Sox farm system for the Birmingham Barons in 1994, and put together a .202 batting average with three home runs. He also played for the Scottsdale Scorpions in the 1994 Arizona Fall League, and had a .252 batting average.

But in March 1995, Jordan walked away from baseball, and declared “I’m back”- to the Bulls.

After nearly 17 months away from the game, MJ was back with the Bulls and didn’t miss a beat. In his first full season back, the Bulls began a second three-peat and MJ ended his Bulls career in 1998 with six total championships.

What if MJ hadn’t retired to go play baseball?

One thing I respected about Jordan was that he wasn’t afraid to make a huge decision like walking away from the top team in his sport, as the top player in his sport, in order to essentially start from scratch in another sport. Many people would have tried to tough it out, and they would have been miserable and probably had their play suffer. But Jordan was burned out and needed a change, and had the opportunity to leave and be happy with what he was doing.

It’s often said that “Absence makes the heart grow fonder,” and that’s what happened with Jordan. He needed this break from basketball. So it would be unfair to automatically assume that the Bulls would have won in 1994 and 1995, and that they would win the same three titles after that. It would have totally added to Jordan’s legacy if the Bulls had won eight in a row, but that isn’t a guarantee. And the rest of his basketball career likely would have been vastly different if he’d stayed in the NBA, and possibly would have been worse.

If Jordan had continued to play basketball, one of two scenarios would’ve happened, and in either scenario, the Bulls would not have won six titles.

The first scenario: Jordan would have remained with the Bulls until 1998, and it’s possible they would have held on in 1994 to win four straight. But it would have been difficult to keep that going for much longer, and things would have just gotten worse and worse as time went on.

The second scenario: given all the turmoil among the team and with Reinsdorf and GM Jerry Krause, remaining in Chicago would have been too much, and Jordan could have left the Bulls to either retire a couple years earlier than he actually did, or go to another team. One major motivation for Jordan to retire in 1998 was due to Phil Jackson being told that he wouldn’t be rehired by Krause.

Rewind two years to 1996, which provided an opportunity for Jordan and Jackson — both free agents — to either stay or leave the Bulls in a package deal. If Jordan had stayed in 1994 and 1995, and the team wound up unraveling quicker than it actually had, it’s not impossible to believe Jordan and Jackson would see if another team was interested in adding them in a package deal. And honestly, would leaving for another team really be that much more far-fetched than Jordan actually retiring for the first time?

What’s important to remember is that Michael Jordan’s 17 months away from basketball weren’t necessarily a bad thing. The Last Dance has shown to a wider audience that Jordan’s time away helped rejuvenate the Bulls, and lengthened their dynasty as a result. When you look at the possibilities of what could have happened had Jordan just kept playing basketball, Jordan’s retirement and baseball career may not have been the most straightforward logic. But it was the right move and arguably helped the Bulls win more championships.