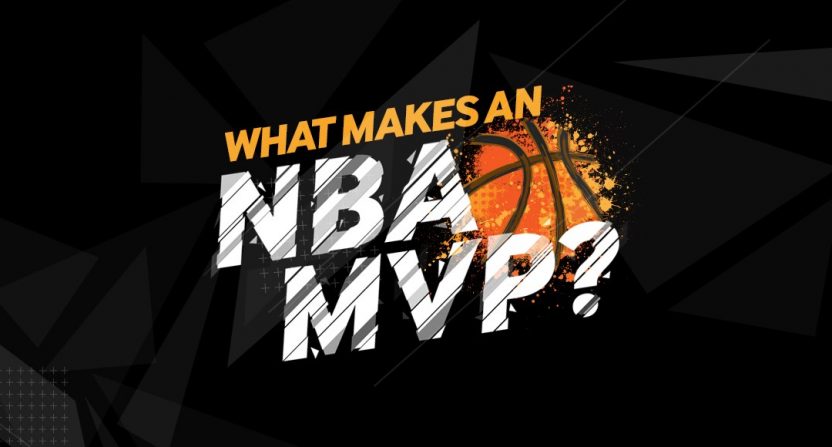 The NBA MVP award is given to the best player in the league each year, but for 2018-2019 it is one of the closest in years. The history of the award shows what really matters to MVP votes. So let’s look back at it:

The MVP is hugely subjective, and what makes a player “valuable” seems to change every year depending on the narratives. This season Giannis Antekokounmpo is the narrow favorite over James Harden, who won the award last season.  Giannis is the best player on the best team in the league, but Harden is putting up unparalleled statistics. Harden’s scoring prowess is a good place to start, but it is far from the only thing that matters when it comes to determining the league MVP.

Four of the last five winners led the NBA in points,at over 30 per game.  Getting teammates involved is very important, as is the winning percentage of the team that they are on. It is almost impossible for a player to win MVP that is not on one of the very best teams in the league. Centers and power forwards dominated the award in the 1990s and early 2000s, but it’s now guards and ball-dominant forwards who receive most of the votes.

Seven of the MVP’s in the late nineties and early 2000’s where top 10 NBA rebounders, but just one player has reached that since… Russell Westbrook in 2017, who also happens to be a point guard.  Of the last 17 MVPs, 14 had been voted into the All-NBA first team in the previous season, and all 14 were coming off a top-four finish in the MVP voting.

However, over the past decade or so, there is a new statistic that is a very clear indicator of the NBA MVP winner: Player Efficiency Rating. This is a new advanced metric that was developed by Memphis Grizzlies’ executive John Hollinger. What it does is combine all of a player’s statistics into a single number.  Of the past 10 MVPs, eight led the league in PER.

Statistics are very important, but the team you player for is even more so. Seven of the past ten winners happened to be on the team that had the best record in the entire league. In fact, only three of the past twenty-five MVP winners were on teams that won fewer than 55 games. So keep in mind when picking the league’s MVP that it is usually a player that has both the statistics and is also on a good team that has won a large number of games that season.  MVP voters take winning highly into consideration when voting for the winner. If you think you know who will win MVP award this season, check out the best lines at Betway Sports.

That is mainly the reason that Antetokounmpo has the edge over James Harden for this year’s MVP race. Giannis also happens to lead the league in PER, and is clearly the best player on the Milwaukee Bucks, a team that has won sixty games this season; three more wins than any other team in the league. The Rockets with Harden only won 53 games, which was good for third place in the Western Conference and only the fifth best record in the NBA this year.

Harden’s case is prominent and legitimate, as he lead the entire league in scoring during the regular season with 36.1 points per game and also happened to rank seventh in assists, since he is great at getting his teammates involved, but Giannis also has great all-around numbers and is a far superior defensive player. On top of that, the Bucks had a much better record than the Rockets this season.

The debate will continue up until – and even beyond – the NBA awards, but, if history is anything to go by, the voters will almost certainly go with the Greek Freak. 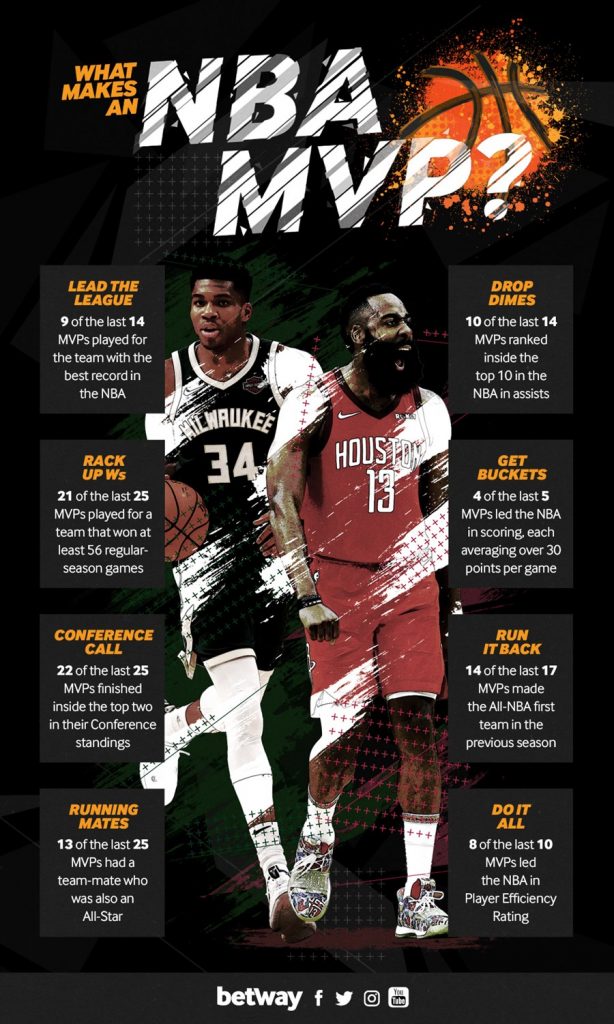